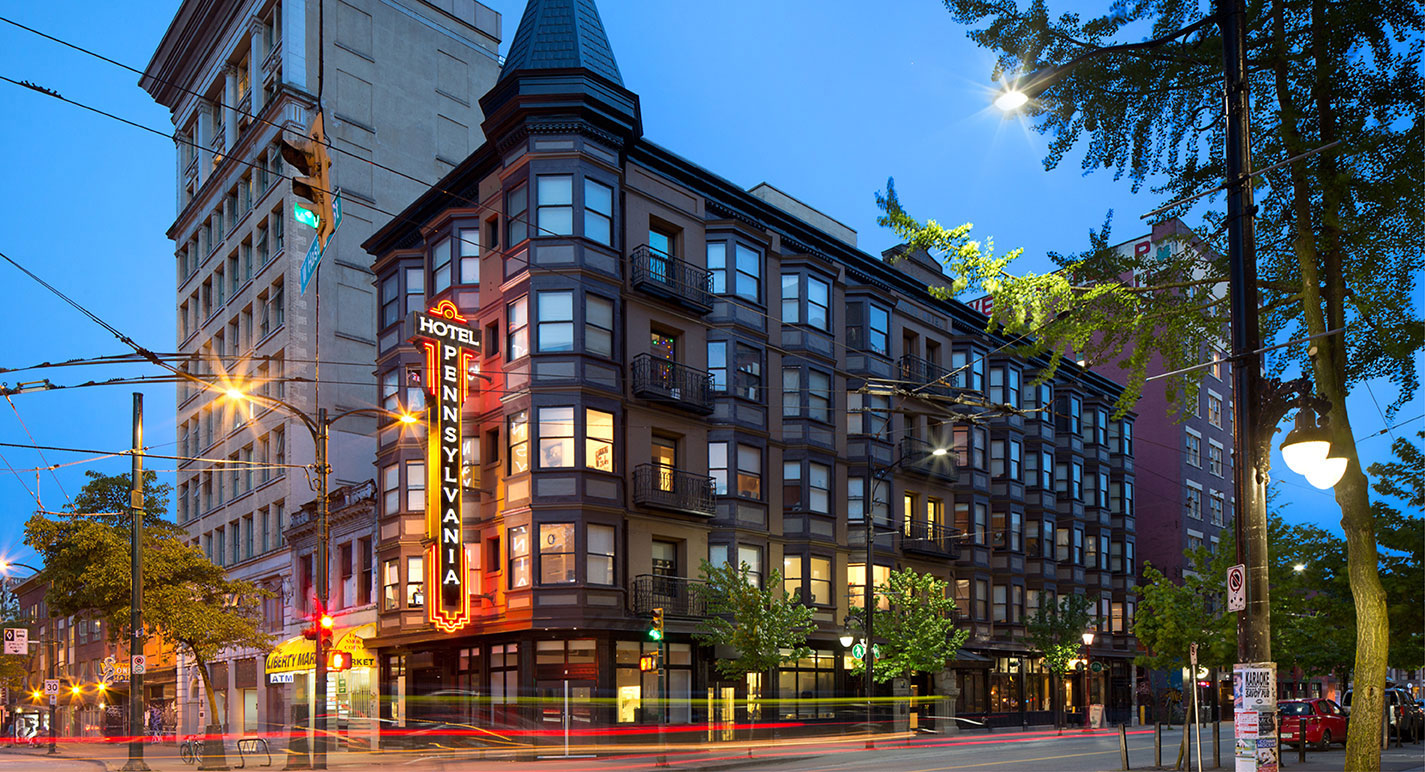 Originally named the Woods Hotel and built for JS and Eliza Woods, the Pennsylvania Hotel was located along the vibrant commercial strip of Hastings Street in Vancouver’s downtown. The hotel was considered to be one of the more luxurious accommodations in the Pacific Coast and was designed to accommodate wealthy travelers and commercial businessmen as opposed to seasonal workers.

Merrick Architecture was commissioned to seismically upgrade and rehabilitate this Class ‘B’ heritage building to create a supervised housing facility comprised of 44 fully self-contained SRO studio-type units c/w a living room, kitchenette, and private bathrooms. The existing and original areaway below the sidewalk along Carrall Street has been refurbished with new glass block light prisms, designed as originally intended to let natural light penetrate from street level through to the basement level. A striking new neon sign has also been designed and built to replicate the sign on the building as seen in photographs dating from the 1920’s. In November of 2008, The Pennsylvania Hotel opened its’ doors to welcome the first new tenants of the building. The project represents the successful rehabilitation that is possible for any existing vacant or derelict heritage building. Through a transformative and socially responsible process focused on adaptive re-use, a home for the disadvantaged has been created, a symbol of hope for the homeless. Commercial spaces at grade level will further animate and reinforce desirable social and retail activity along Hastings Street, recalling and memorializing a significant historic past, while achieving the objectives and intent of the project as a source of identity, opportunity, and community pride, thereby inspiring hope for a new beginning.

Portland Hotel Society (with BC Housing) 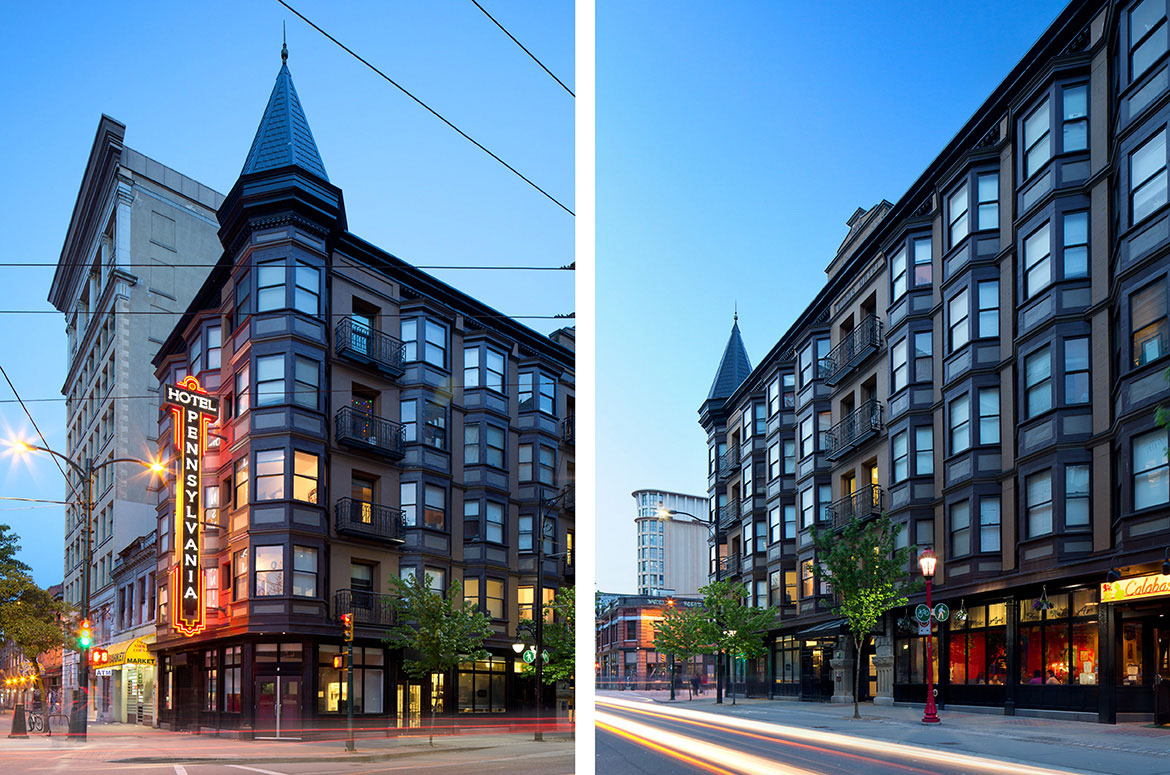 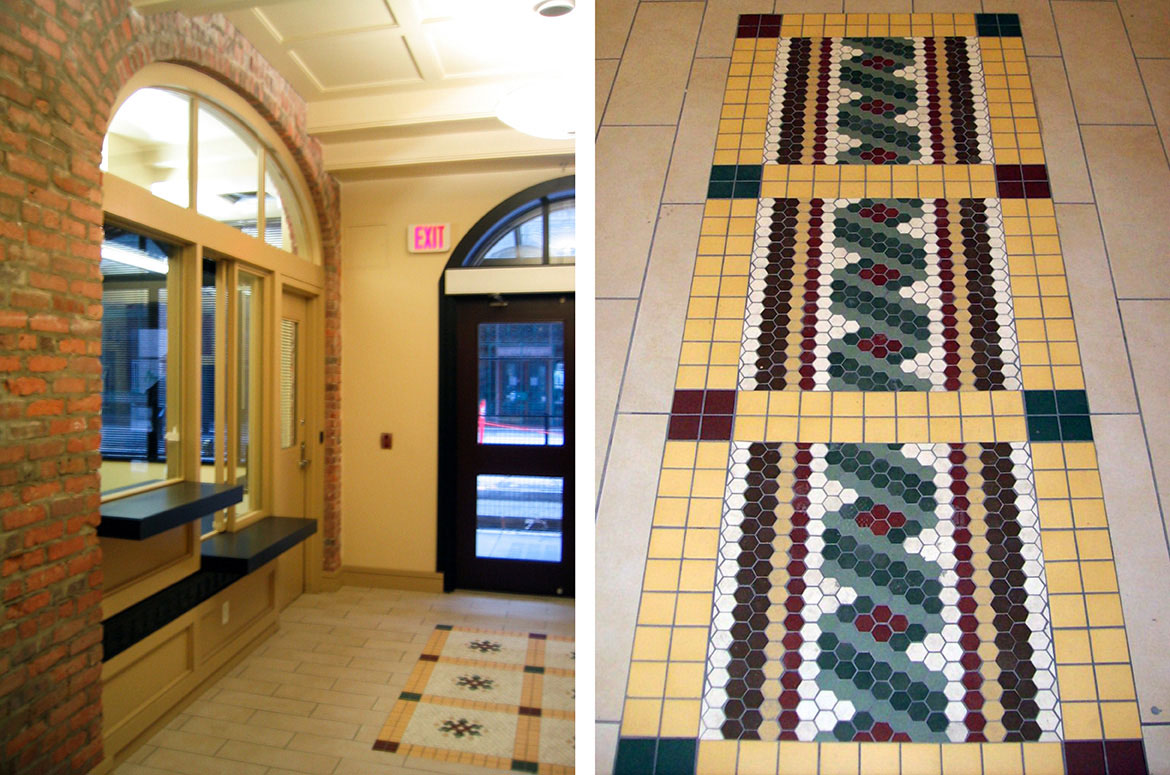 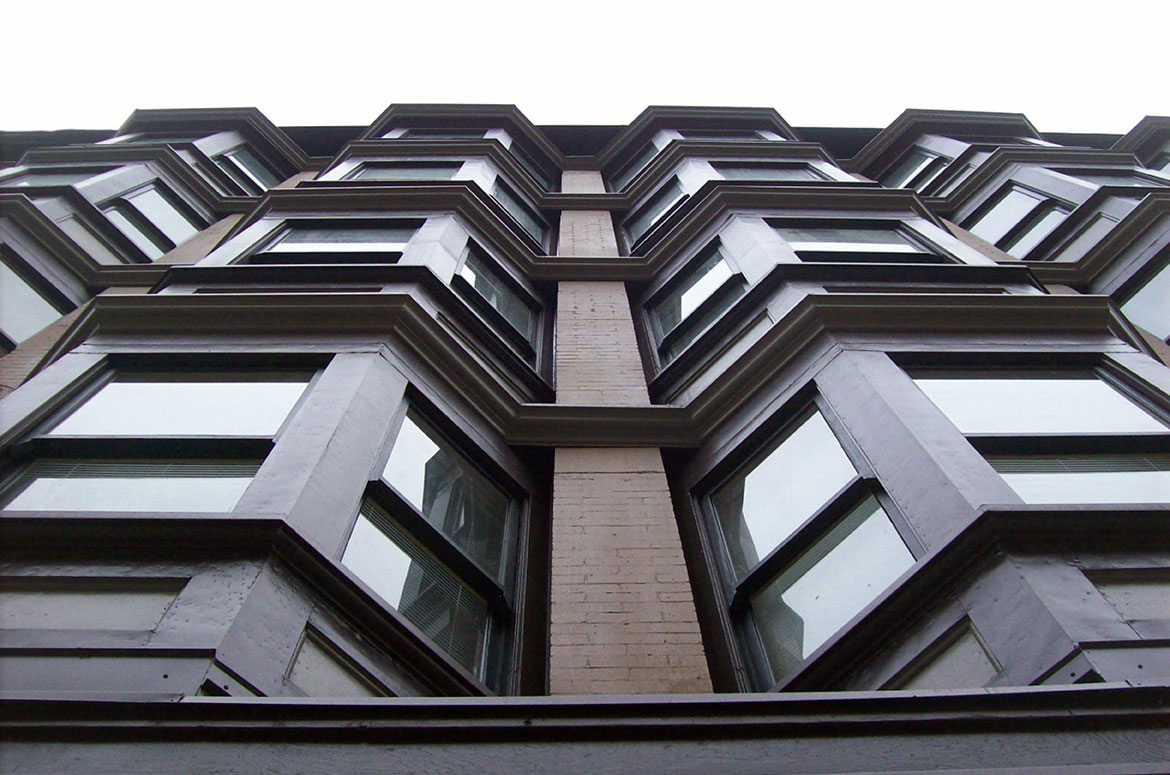