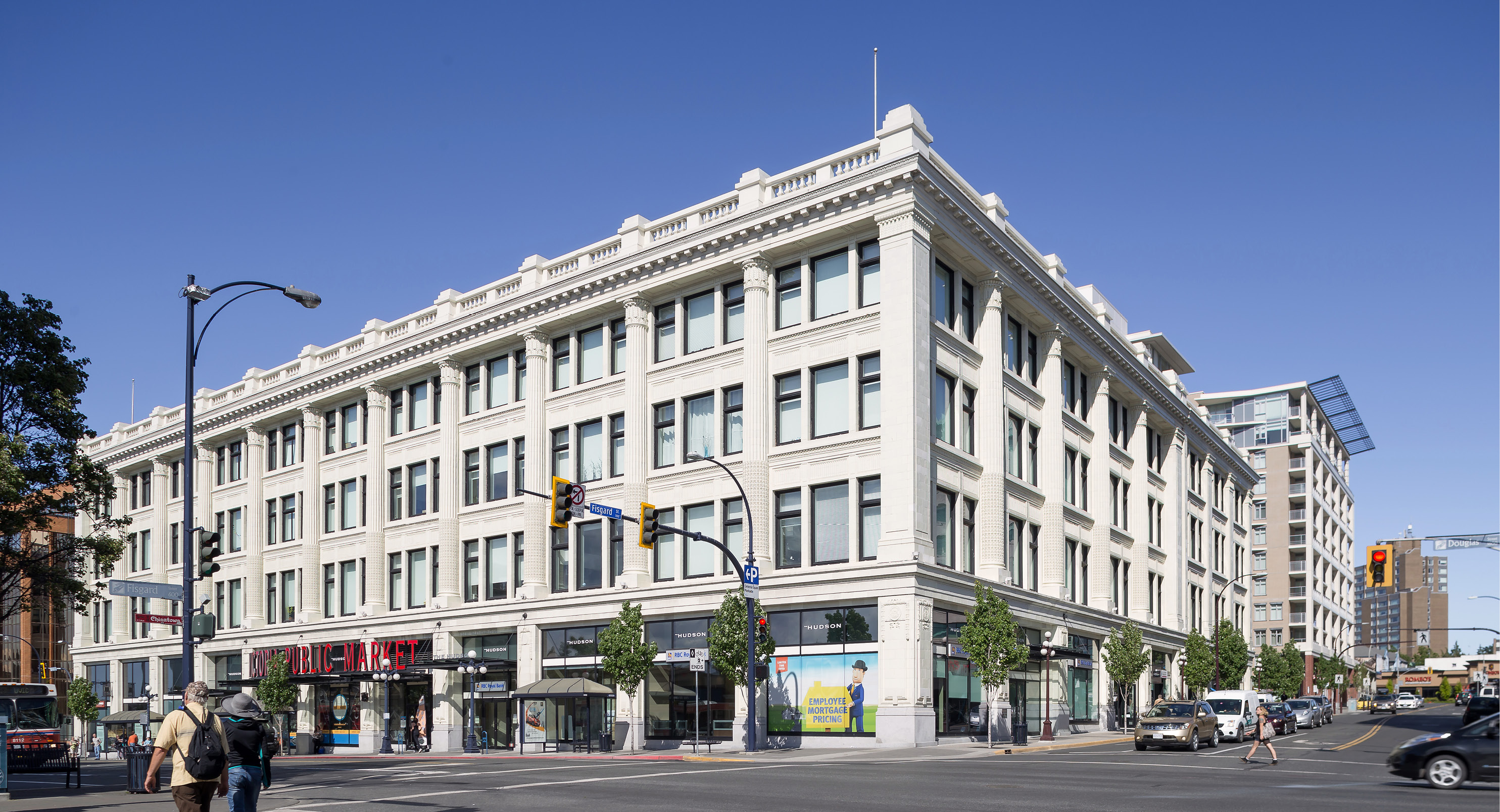 The site of the former and historic Hudson Bay department store is in the process of being renewed and reborn as a dynamic sector at the northern edge of Victoria’s downtown core. The initial comprehensive master plan seeking increased density and change of use represented one of the largest and most significant Rezoning Applications in Victoria’s history, and was achieved following an extensive community and City consultation program, an engaging process which ultimately achieved the unanimous and enthusiastic support of City Council. Merrick Architecture shared the client’s vision and ambition, realizing the first phase in the form of ‘The Hudson’, a conversion, restoration and sensitively conceived contemporary addition to the heritage structure, transforming it to create market residential suites over a main floor retail market. The original blank east façade was replaced with a contemporary façade evocative of the heritage facades without replicating them, and creating a handsome streetscape for the newly-introduced through-block carriageway. The successful blending of old and new has been acclaimed as a landmark and award-winning redevelopment as the catalyst for a revitalized neighbourhood.

Phase 2 was completed in 2014 as the first of three towers proposed on the eastern portion of the site, with the increased potential density helping to offset the cost of the Phase 1 adaptive re-use initiative. ‘Hudson Mews’ offers 11 floors of rental suites over ground floor commercial, and will ultimately share common below-grade parking with two future towers. 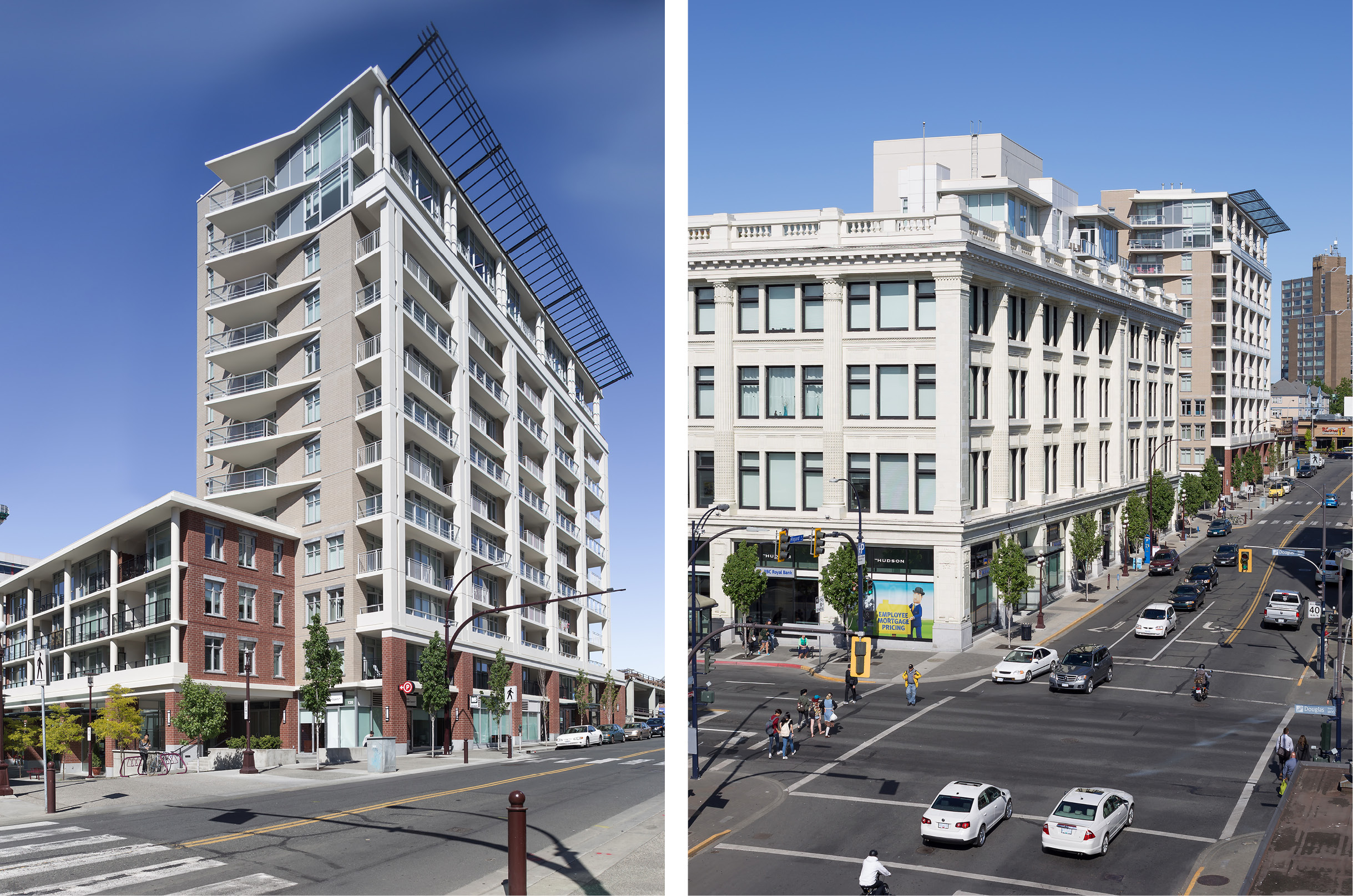 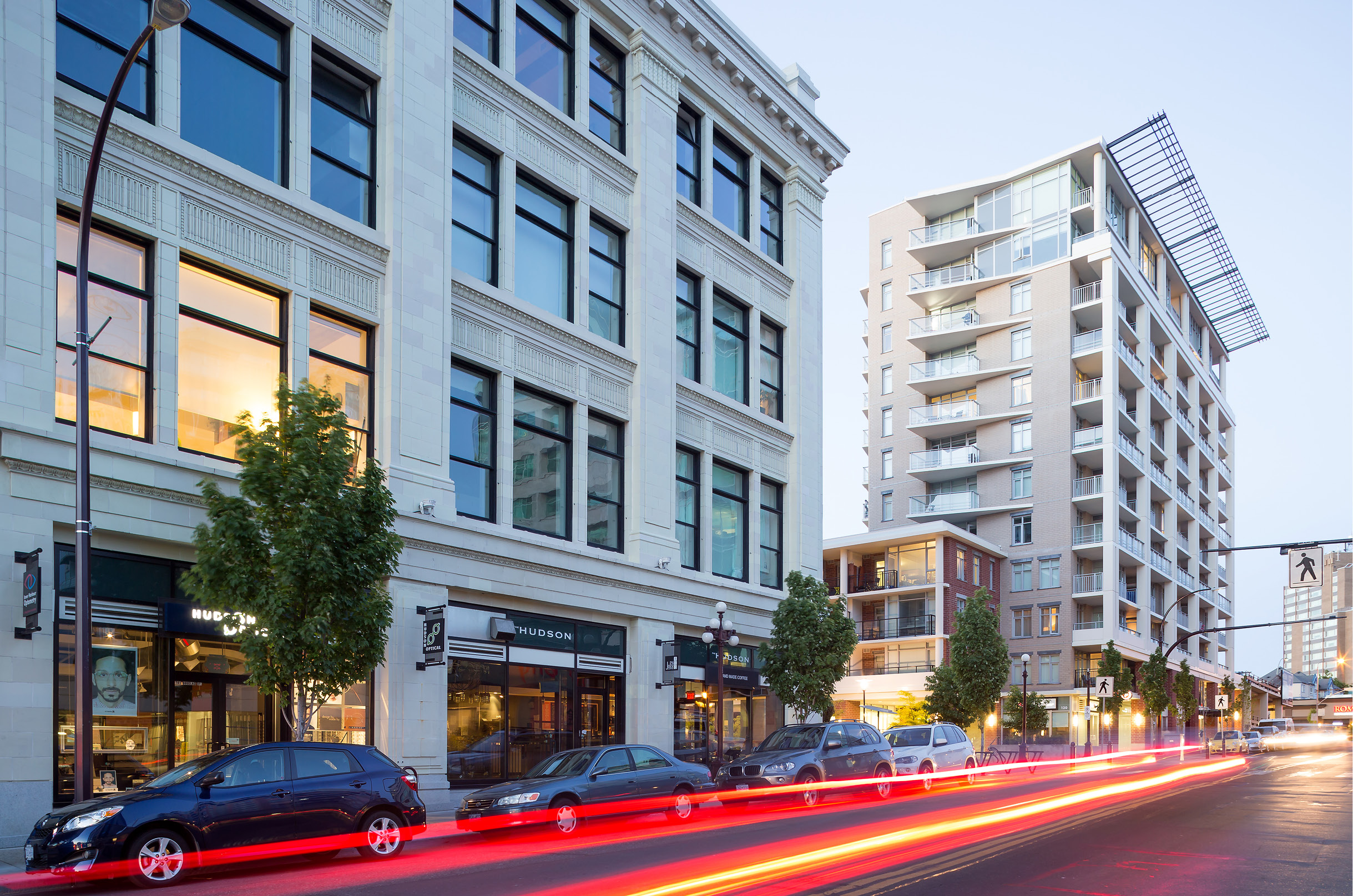 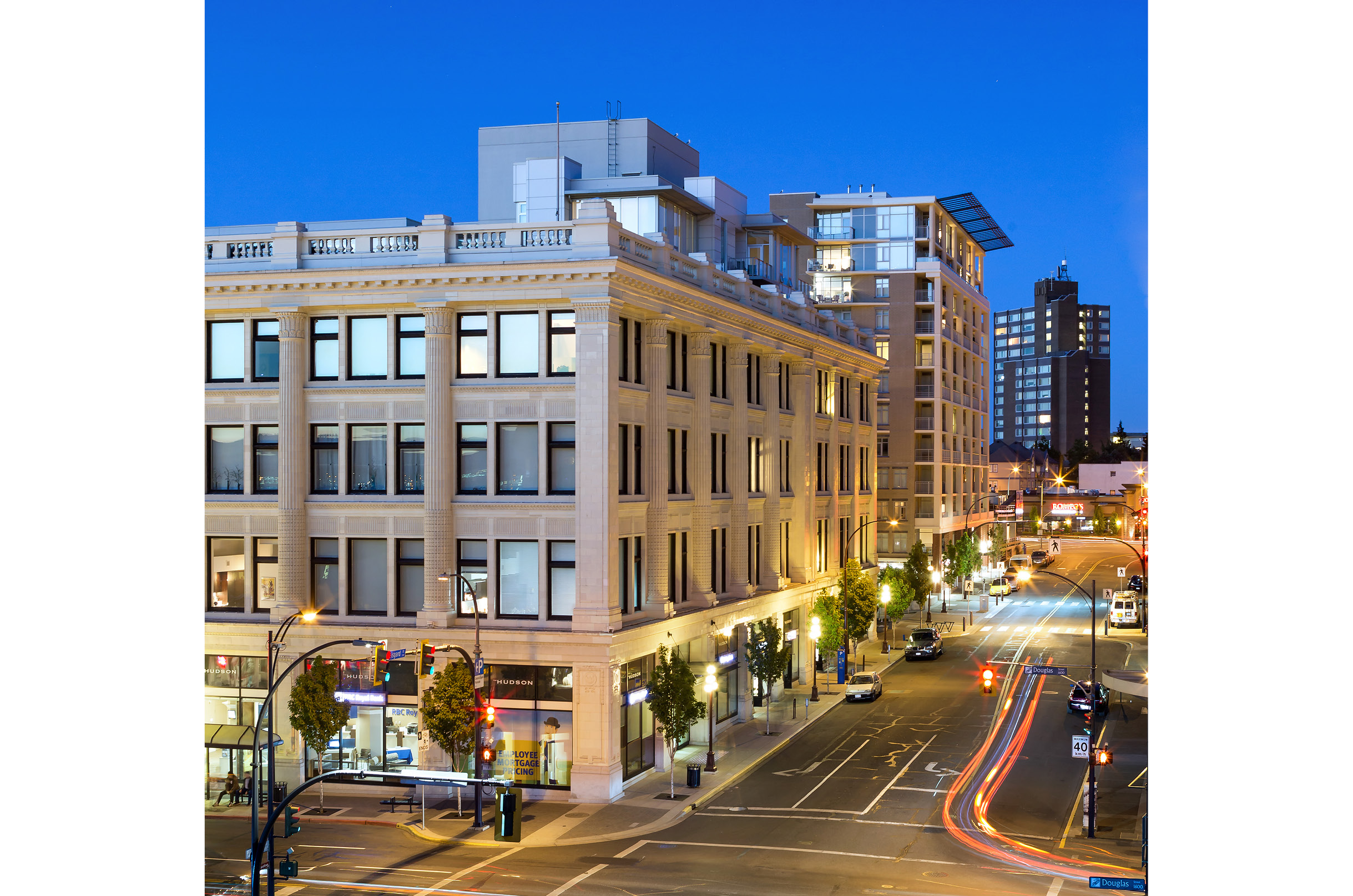 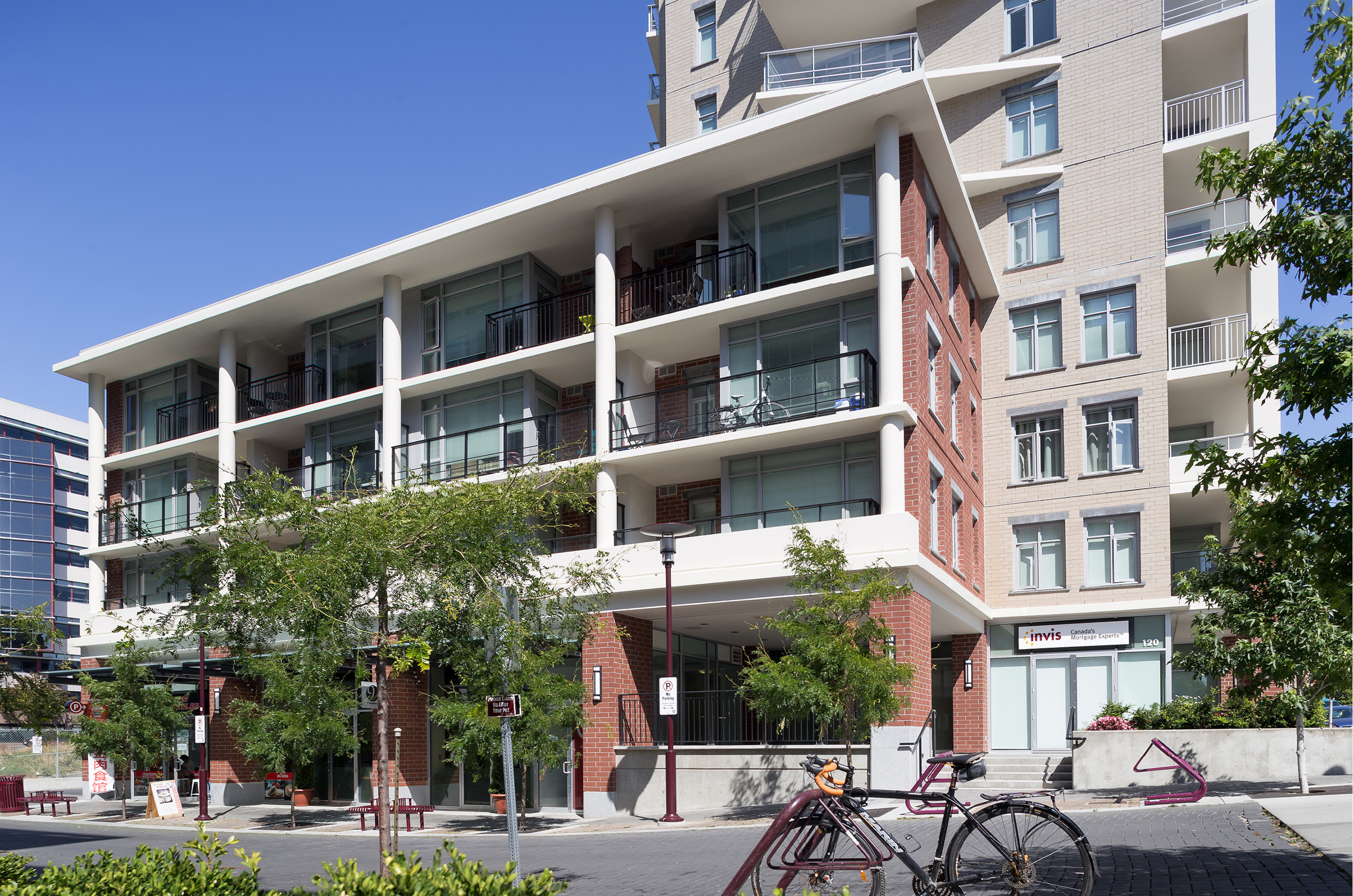 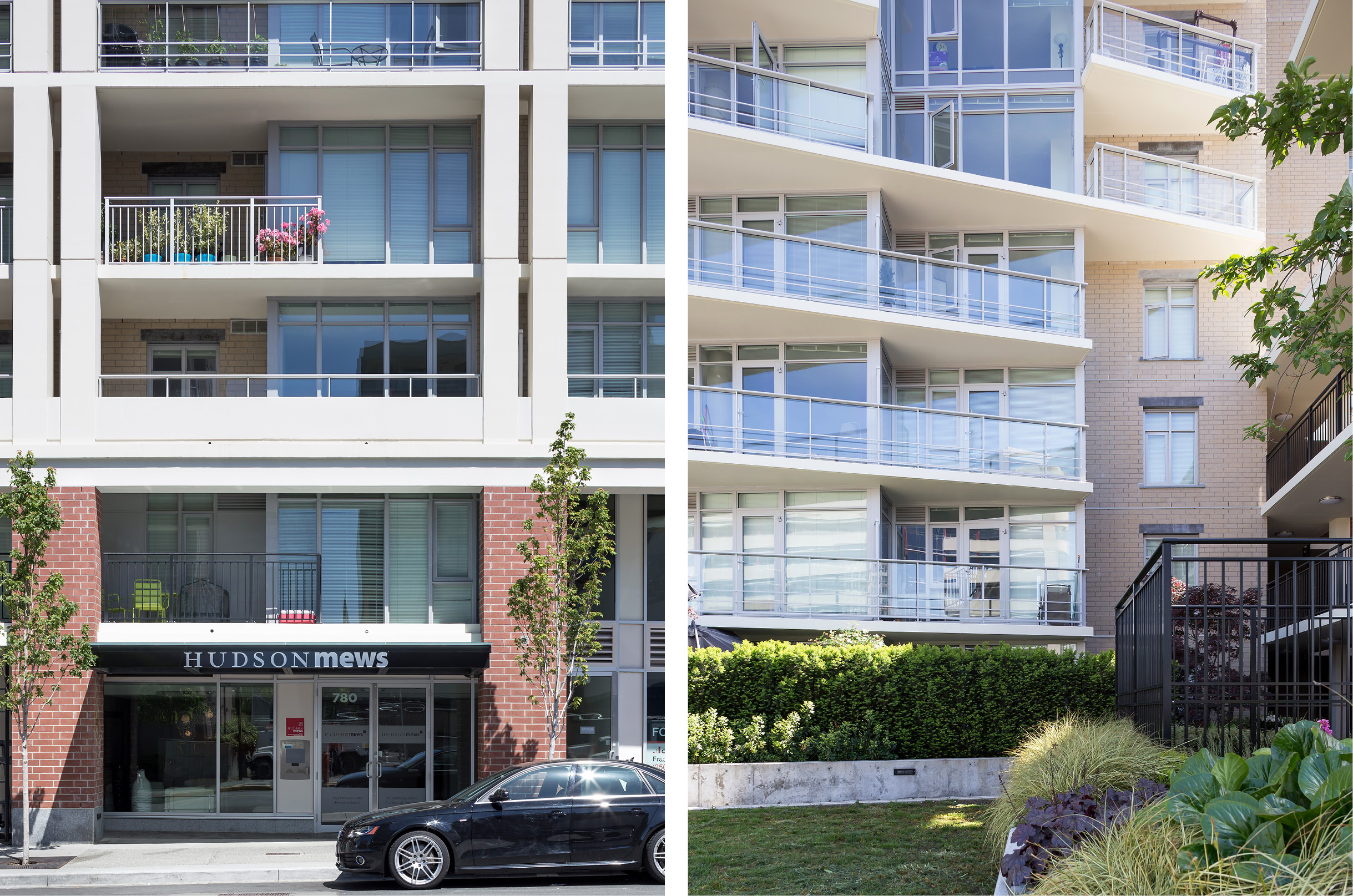 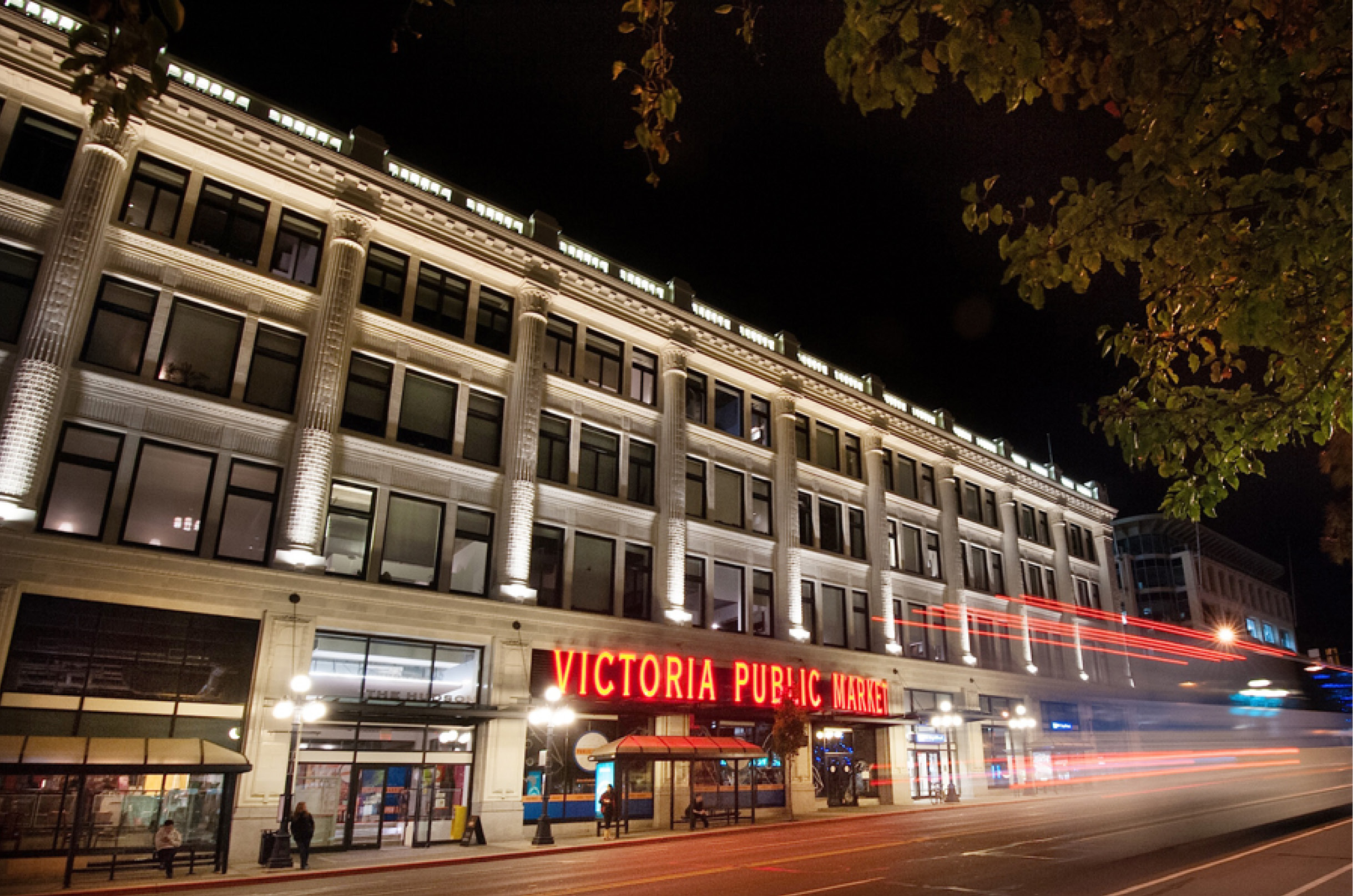 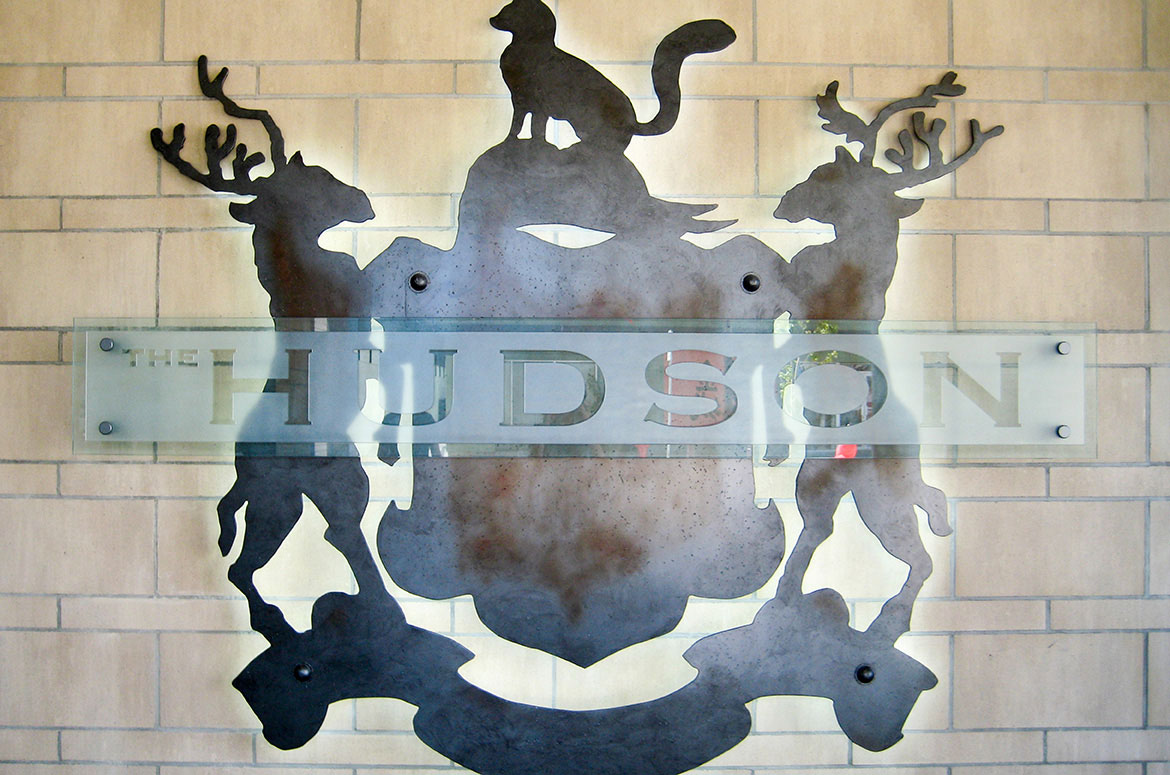