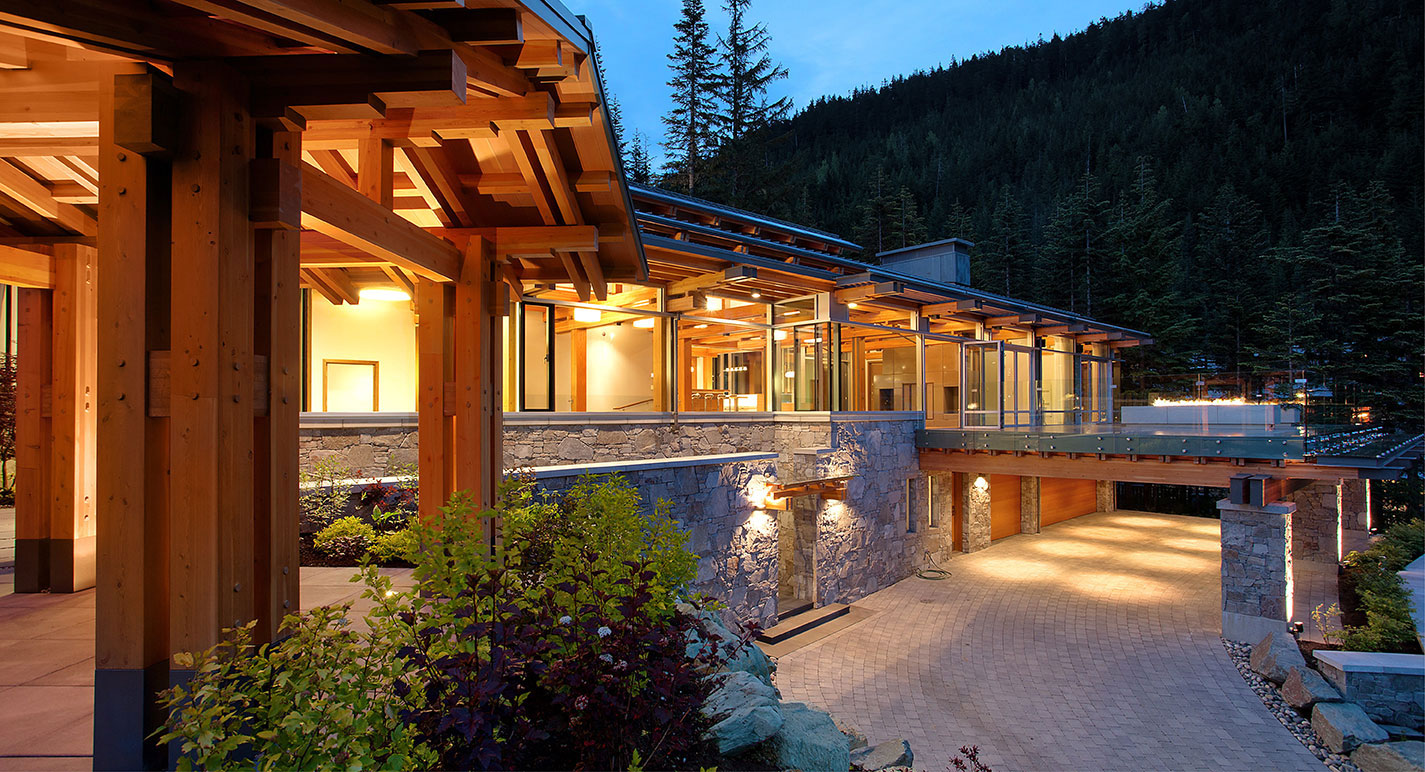 2290 Nordic Drive, “The Whistler Residence” is a 5,500 square feet, 5 bedroom and 7 bath three level residential “ski-out / ski-in” home located at the base of the 2010 Olympic Downhill Course, in Whistler British Columbia. The Project was conceived and designed in 2010, documented in 2011, and completed in 2012. The Client Group, Concept West Developments Ltd, was also the General Contractor.

The Project was initially conceived by Paul Merrick on site visit with the client, as a response to the steep topography. Each level of the home is stacked atop the next, climbing up the stone embankment, with views predominantly to the south. Key to the project’s inception and design development was the real-time collaboration between Merrick Architecture’s Victoria Studio and Spearhead Timberworks in Nelson, BC. The glulam timber frame building was developed by use of a shared digital 3D model, and refined until all elements were ready for fabrication and erection on site. Development meetings were normally conducted virtually over the shared model.

The dominant building material is structural glulam timber. Chosen for both its strength and design flexibility, it utilized an artful and organized arrangement of stacking the various sized members to form typical glulam timber bents. The bents are repeated at a regular cadence throughout, ordering the living spaces within. Expansive glazing encloses the bents and defines an almost invisible seam between the interior space and exterior Alpine environment. The character of the finished glulam frames and interior wood finishes create a warmth and sense of calm. 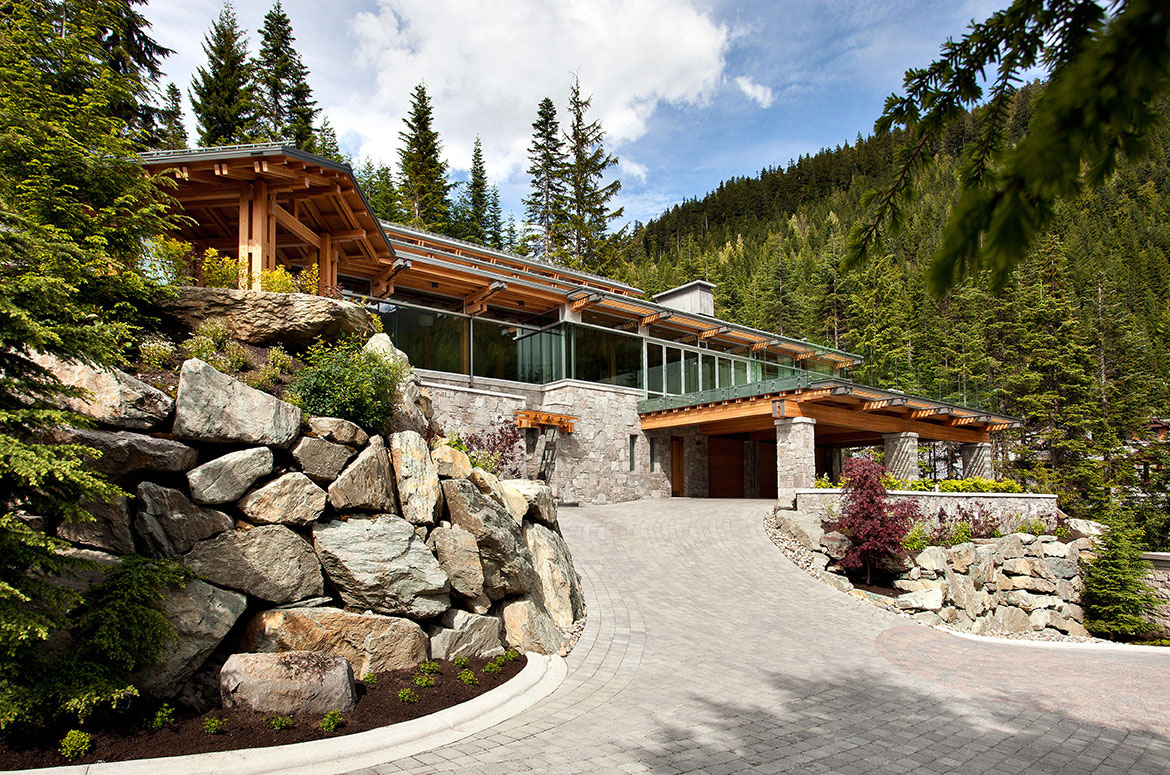 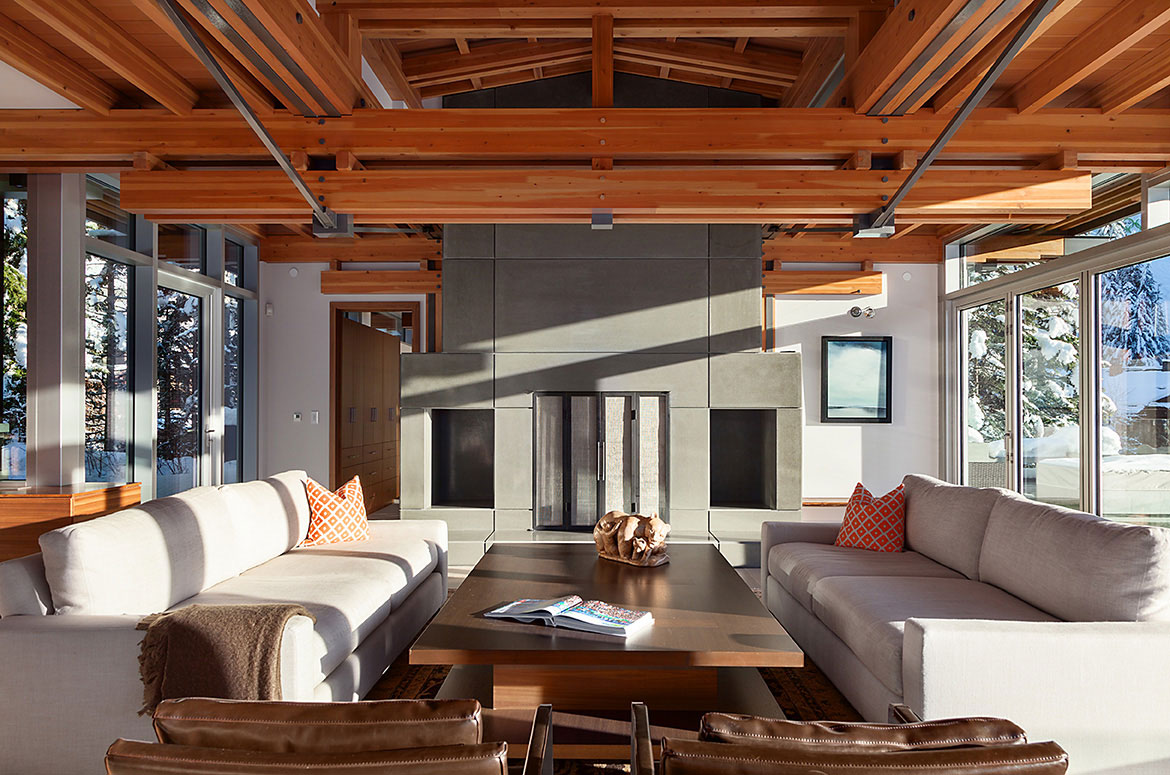 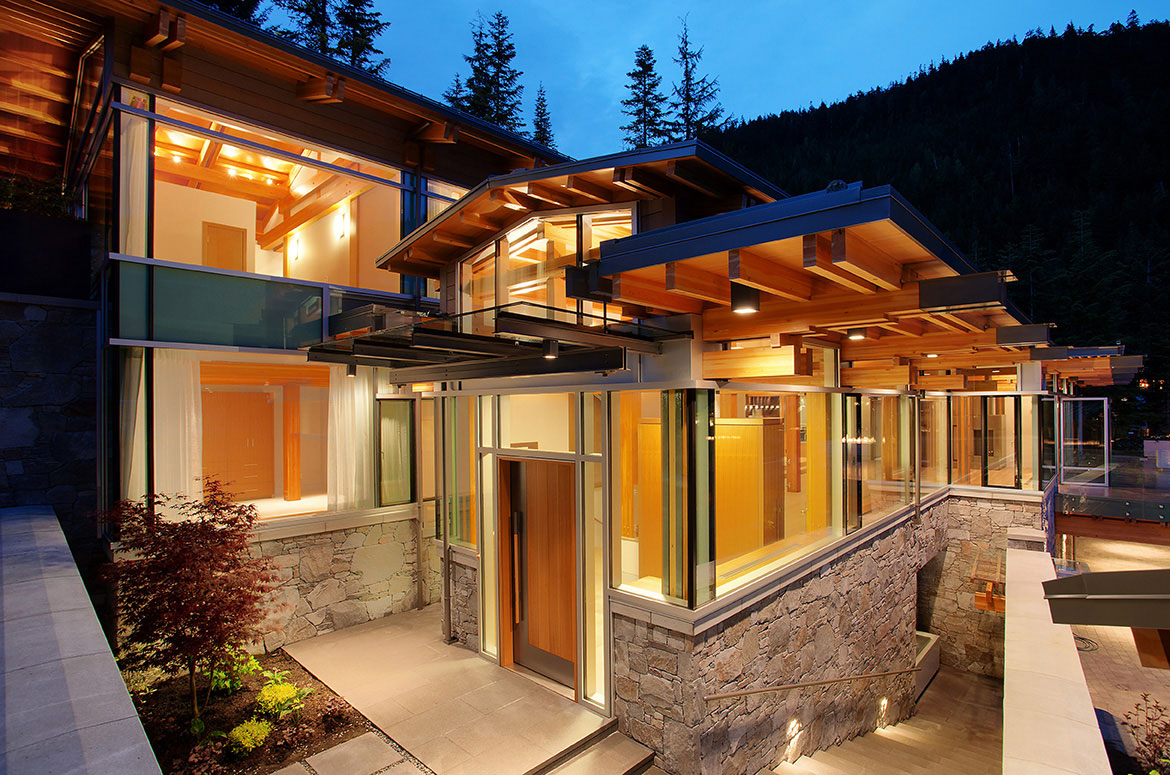 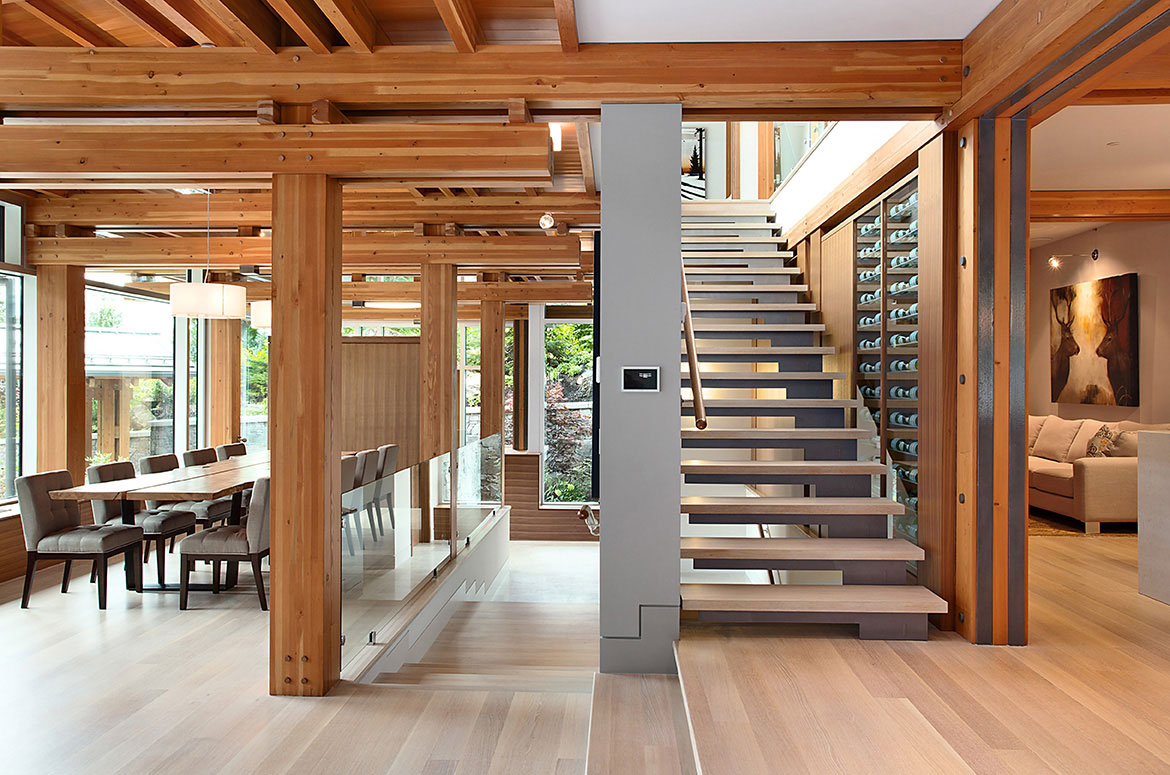