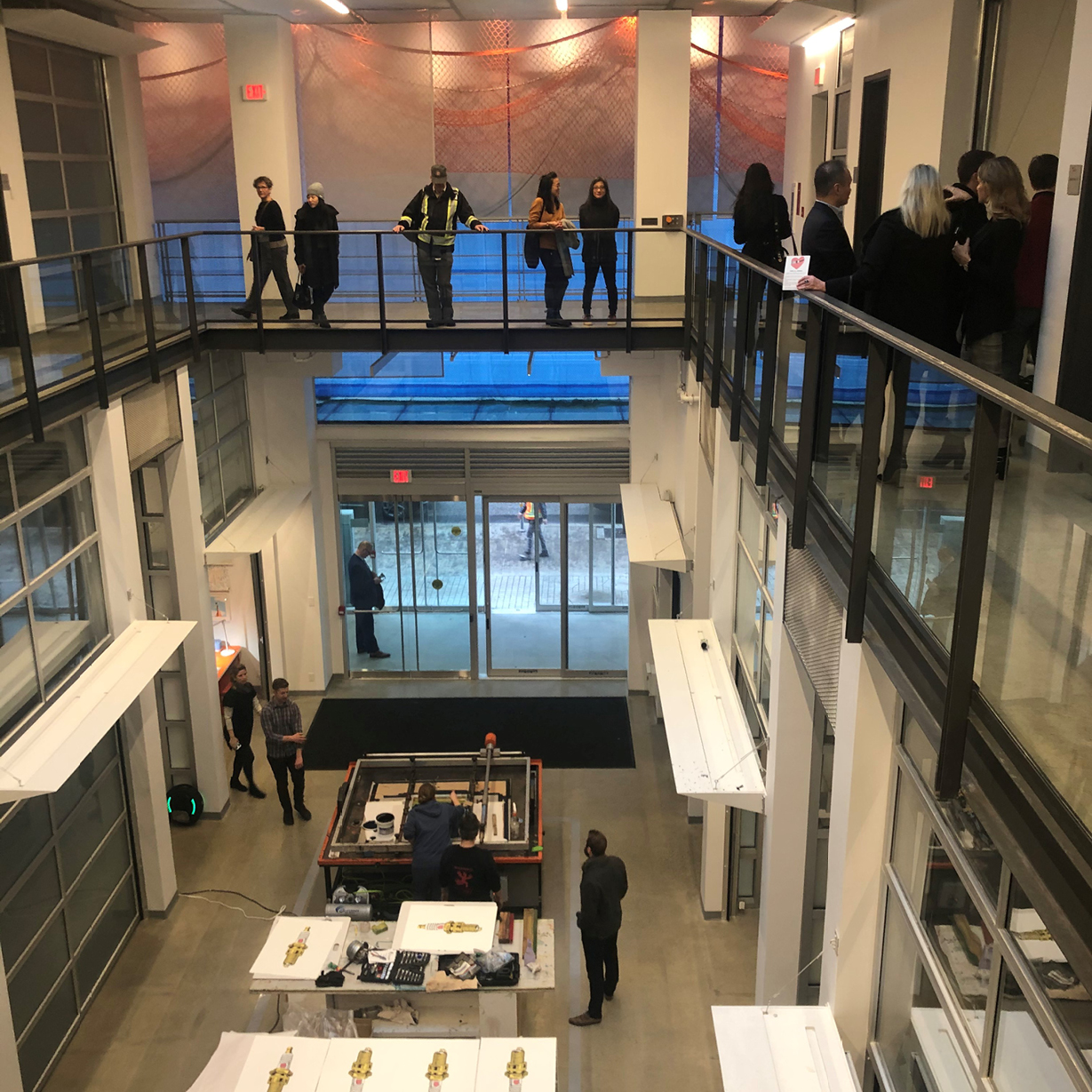 Greg Borowski, one of Merrick Architecture’s Vancouver Partners, was on hand to witness the opening of the Howe Street Studios at Tate Downtown. Mayor Kennedy Stewart and other representatives were also present for the ribbon cutting on December 6, 2019 to open the 16 Artist Studios gathered around a central atrium north of the tower, as a dedicated public amenity.