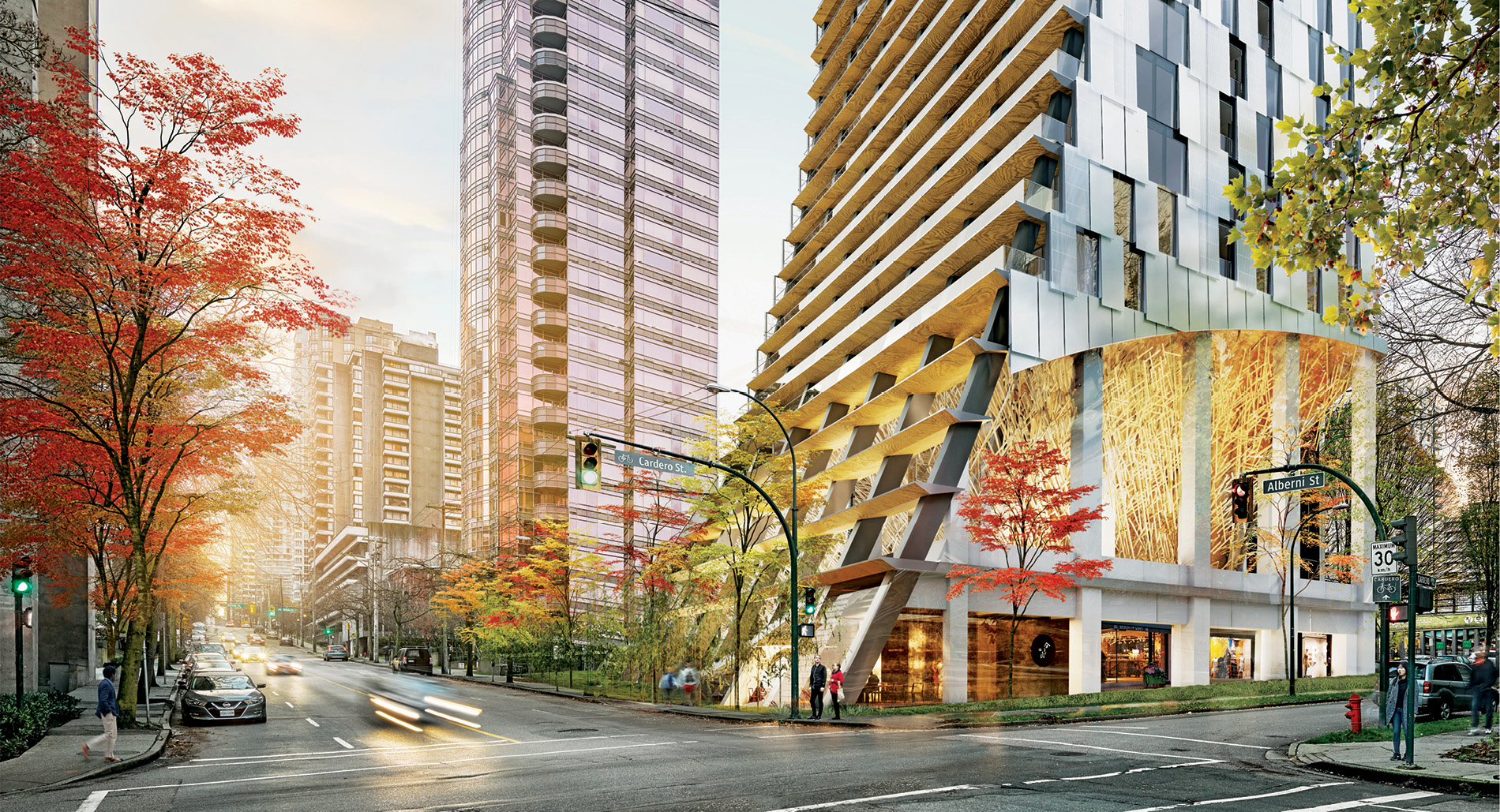 The design of 1568 Alberni Street is shaped by its environment. The 43-storey tower is carved by two emphatic scoops that form deep balconies with wood soffits and decks. In both instances, the carvings create semi-enclosures that establish a connection to the street, to Lost Lagoon and to the views–the building’s urban and geographic context–while facilitating neighbourhood private and public views past the project.

Because of the way the otherwise orthogonal tower is carved, its silhouette constantly changes, creating illusory profiles of arching cantilevers. The reality is far more structured, as the carved deductions are diagonally symmetrical, the lower protrusions helping to counterbalance the hanging volumes above.

The tower meets the ground with two intersecting domed vaults that embrace Alberni and Cardero Street. Under the arching structures, an extensive moss garden defines the entrance, and flows up to the swimming pool above. In keeping with Japanese spatial traditions, the emphasis is on the atmosphere rather than the object: without drawing attention to a particular point laden with meaning, the void elicits a serene visceral experience that could be shared by all. 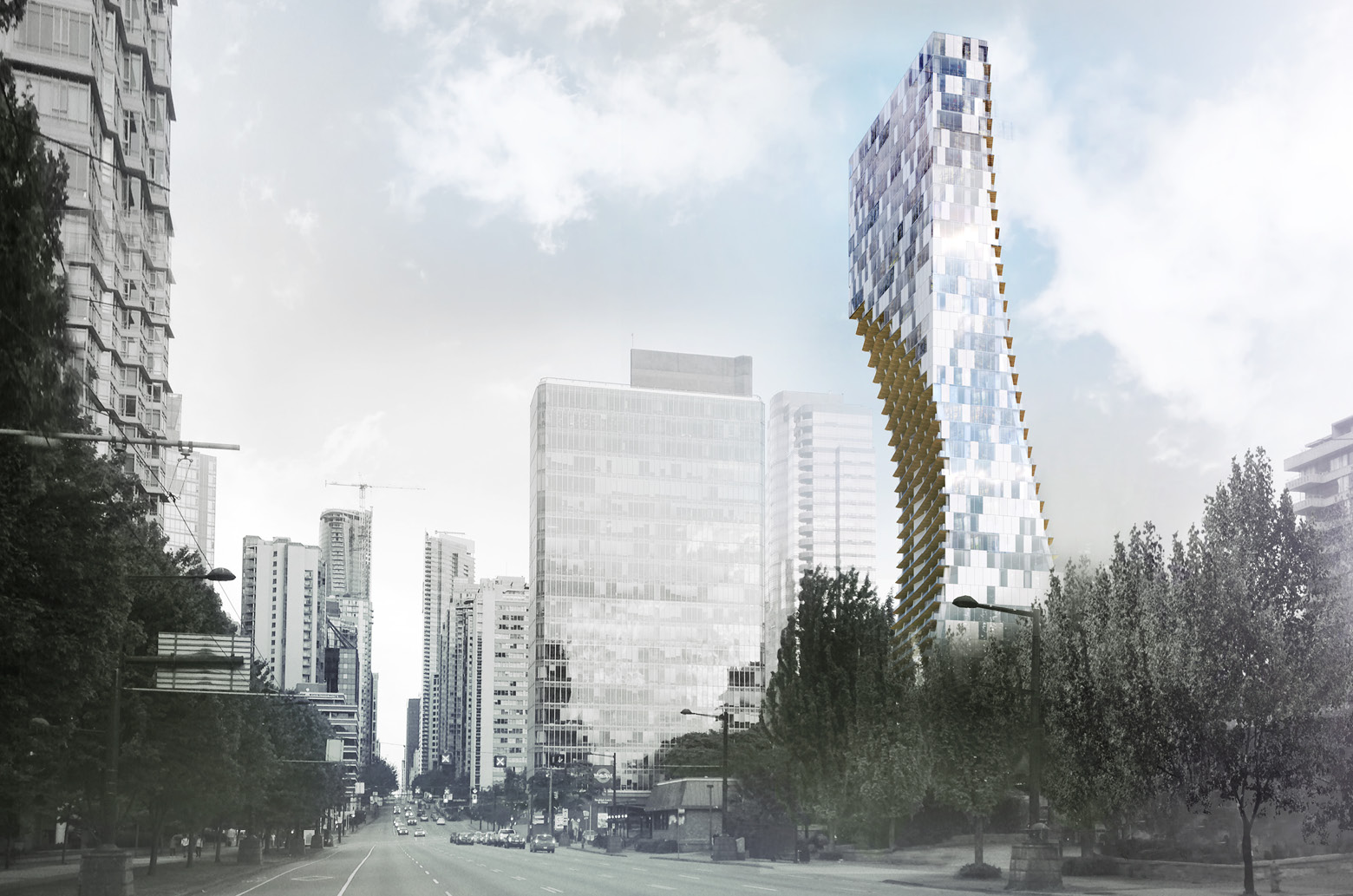 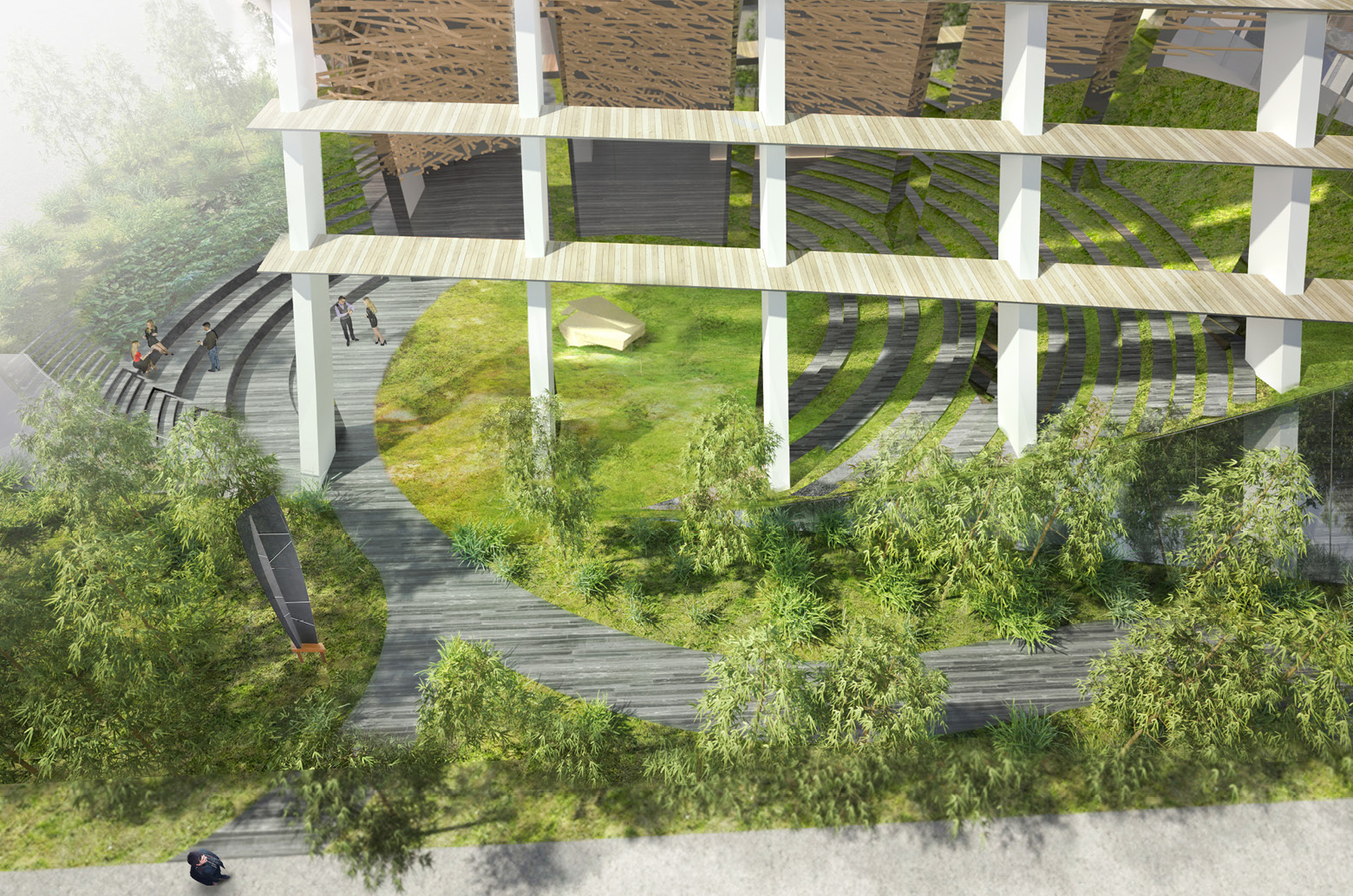 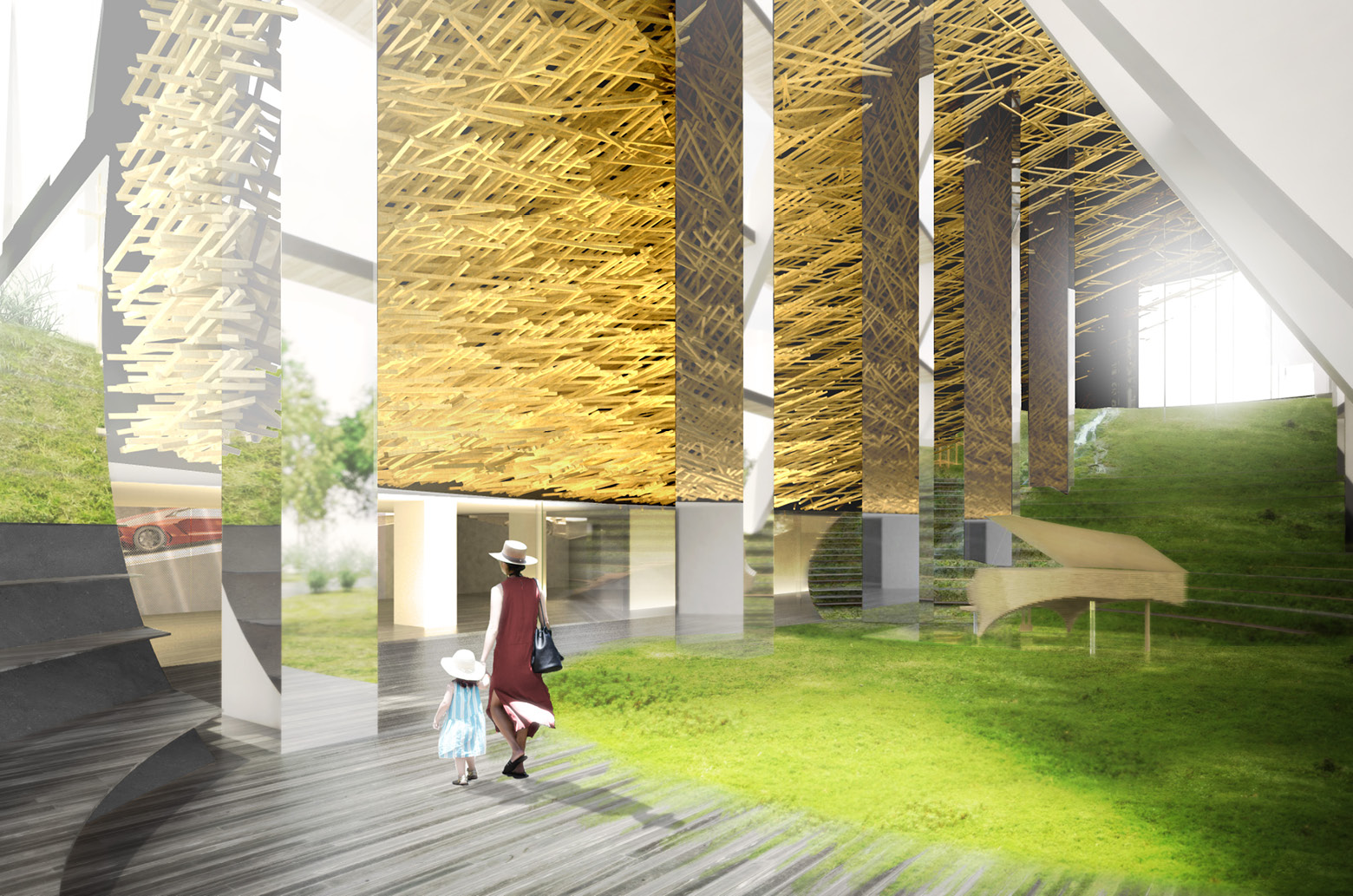 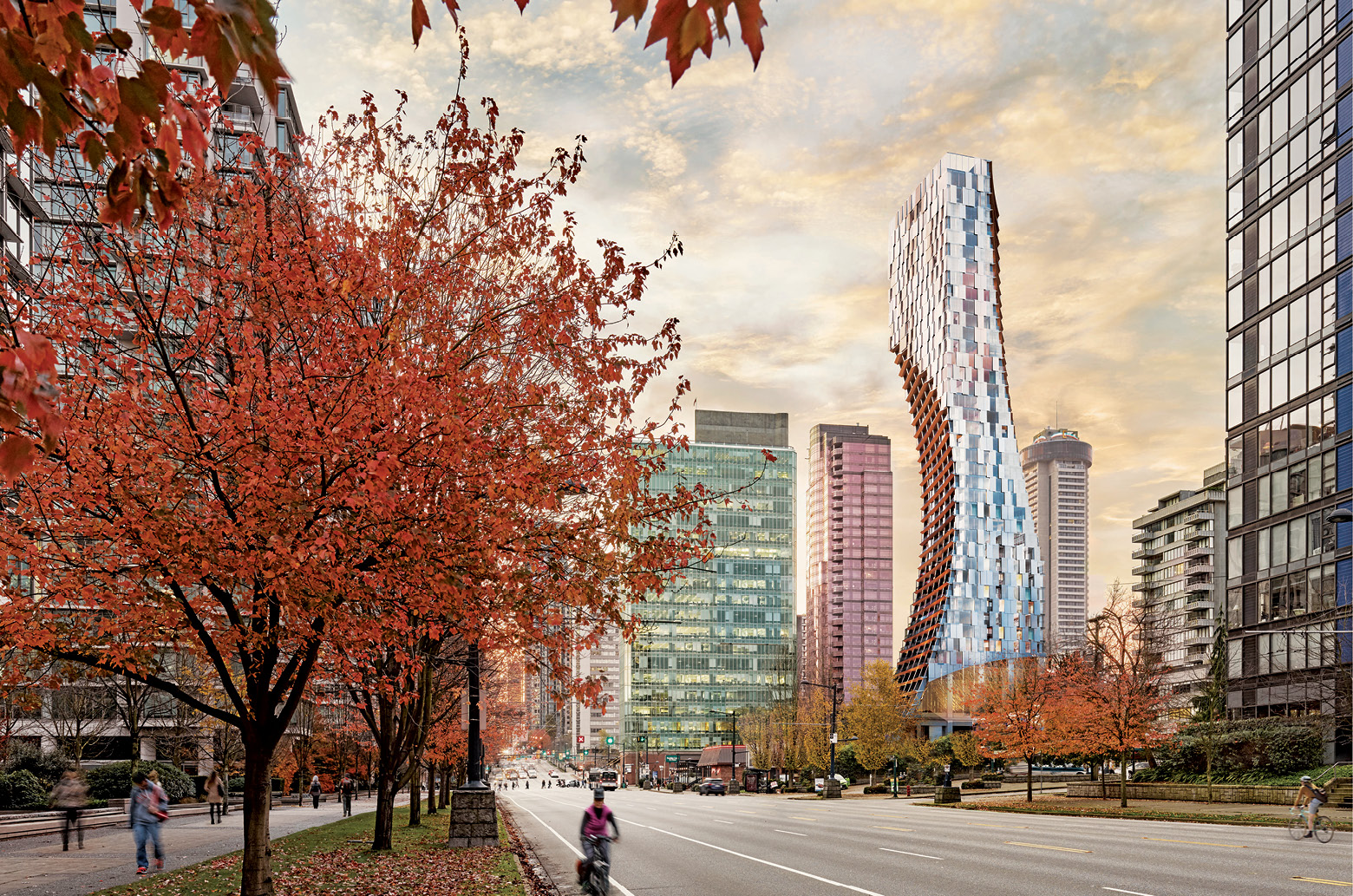 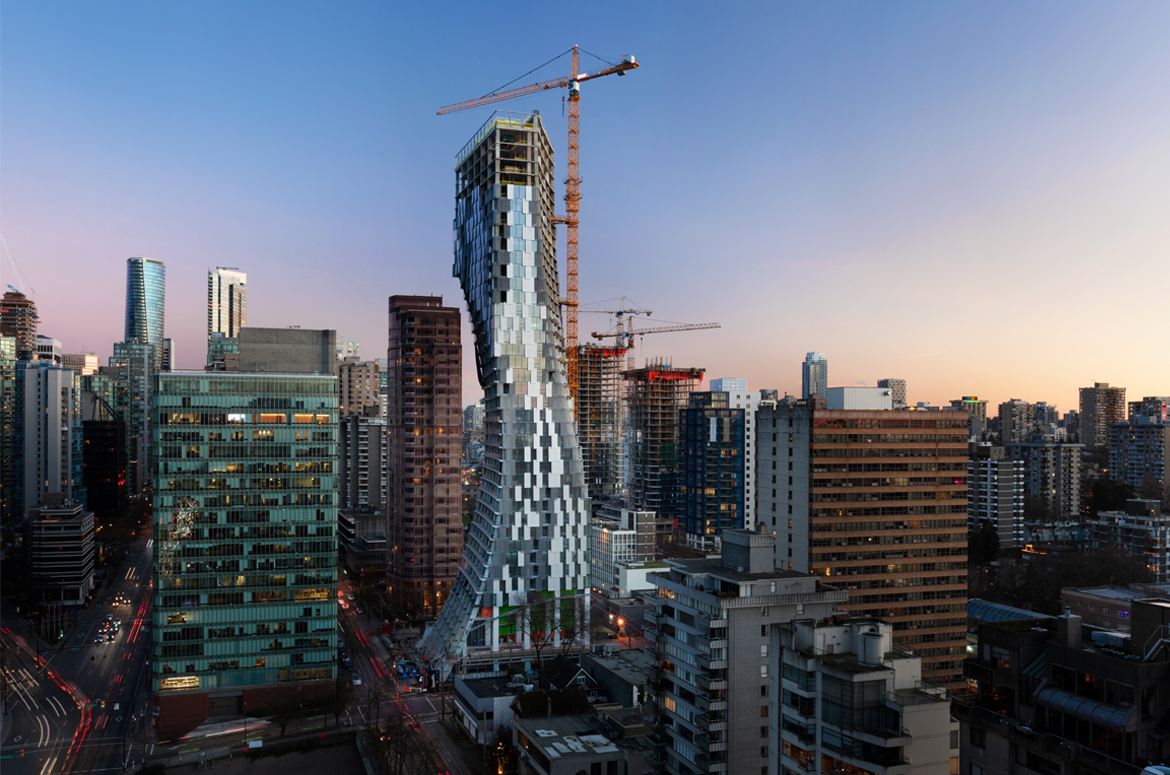 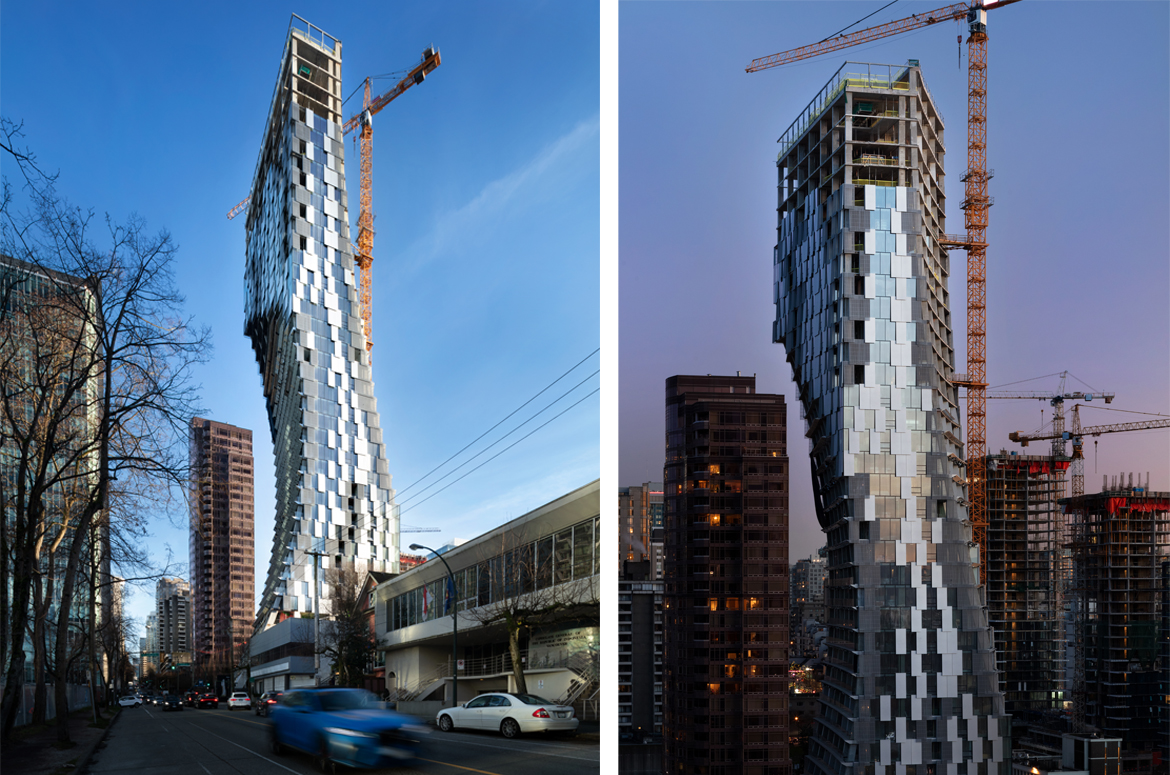