This 34,416m2, 24 storey, LEED® Platinum targeted office building designed by OSO as Lead Designers with Merrick Architecture as the Executive Architect, is located in a transitioning, evolving and re-emerging district along West Georgia Street that includes the redevelopment of the former Post Office building and the proposed Vancouver Art Gallery. The building is conceived as playful aggregation of “reflective” yet transparent “stacked boxes”. Each box contains 4 floors and its width is roughly equivalent to its height. The multiple orientations of the stacked boxes capture the sweeping views of the surrounding city while the spaces in between the cubes are filled with greenery whose vertical orientation binds the otherwise scattered massing. From the interiors, the 3-dimensionality of the greenery is a striking presence that closes the distance with the mountainous backdrop.

The stacked boxes create natural compartments within a continuous floorplate, allowing offices to be variously partitioned while also staying close to the façade. The floors and ceilings of the cantilevering portions are glazed to visually link the garden, the offices, and the street below. The resulting diversity of spaces is complimented by the diversity of views, whose orientation is not only horizontal, but also vertical. 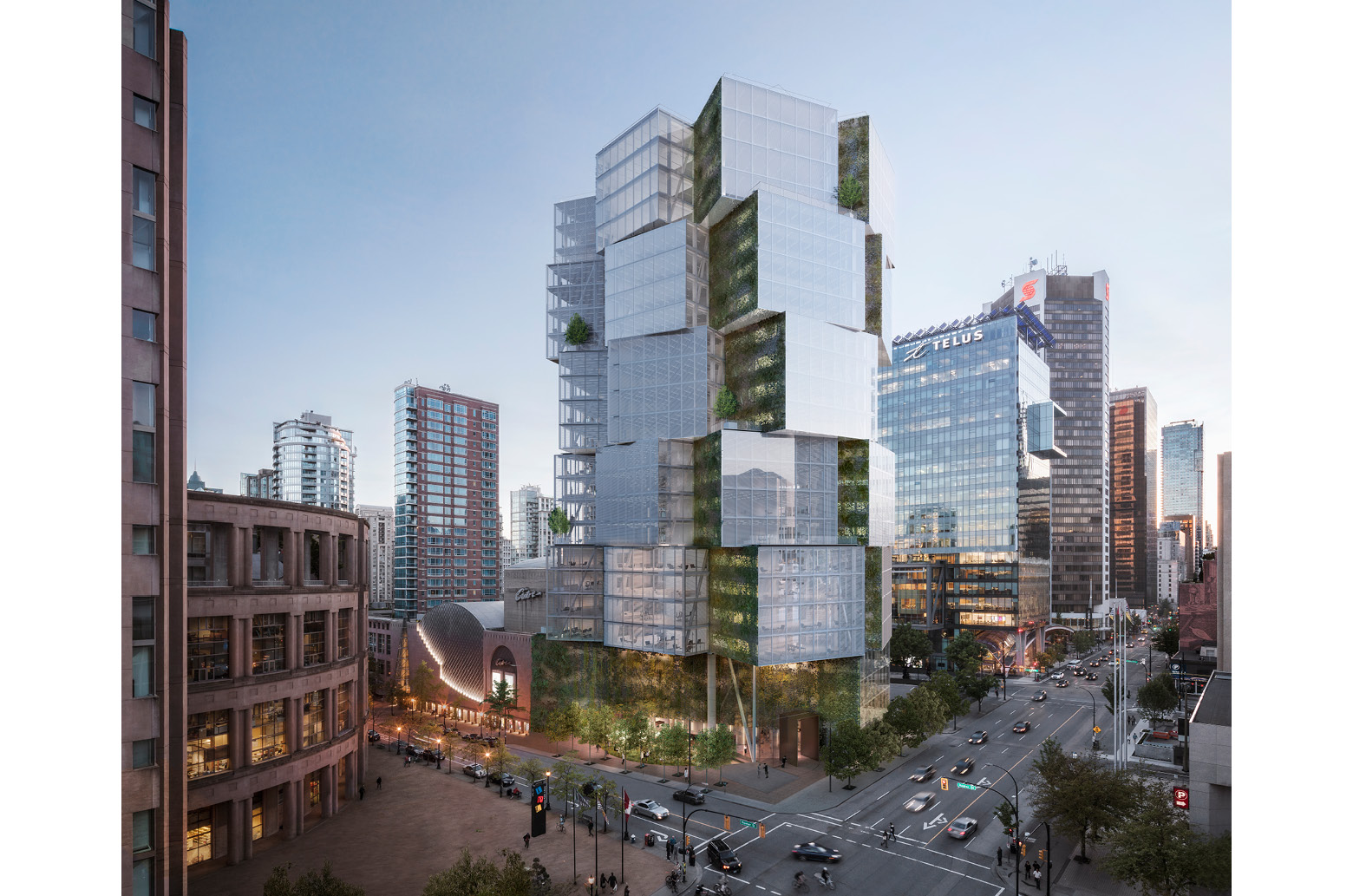 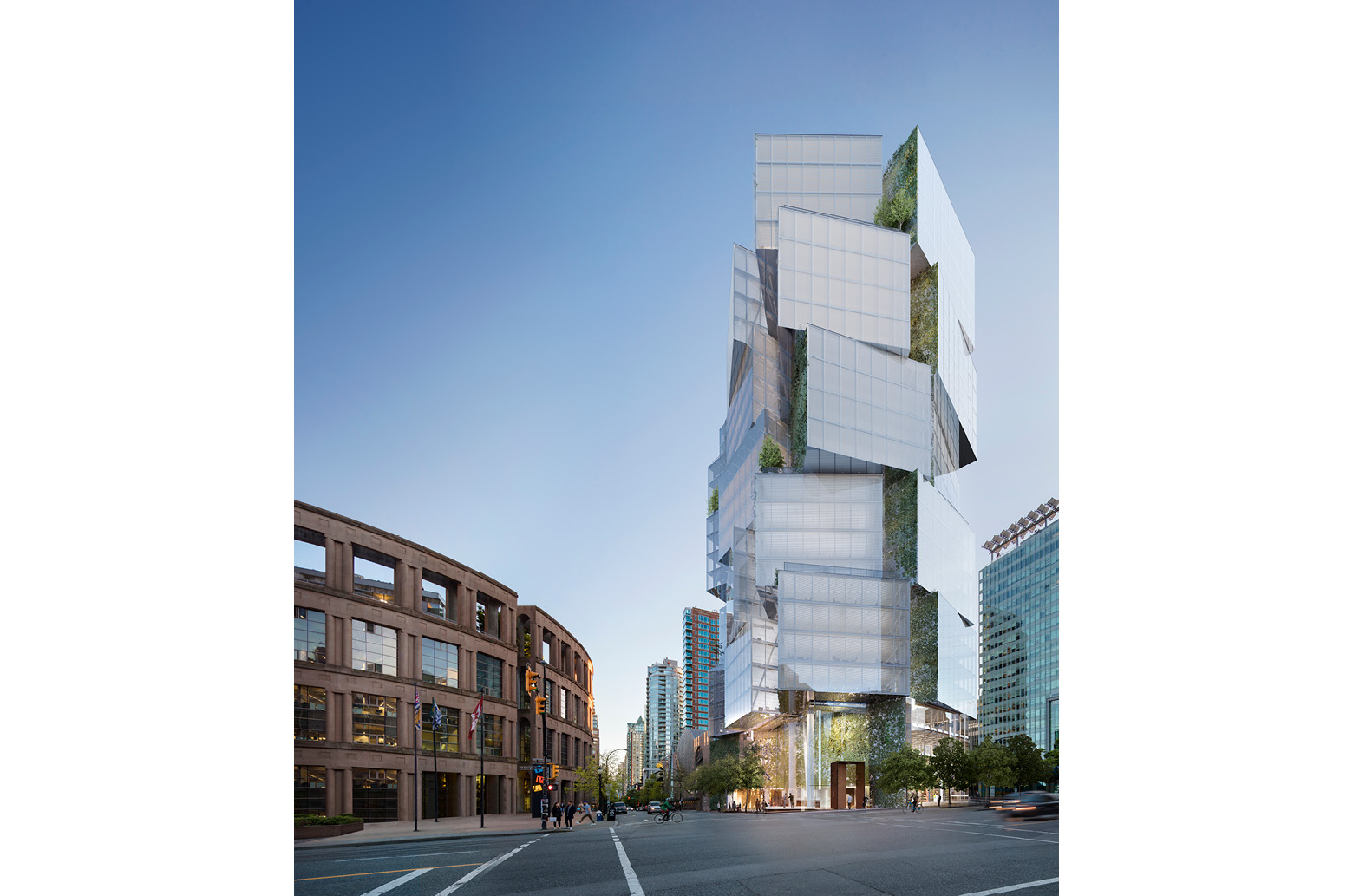 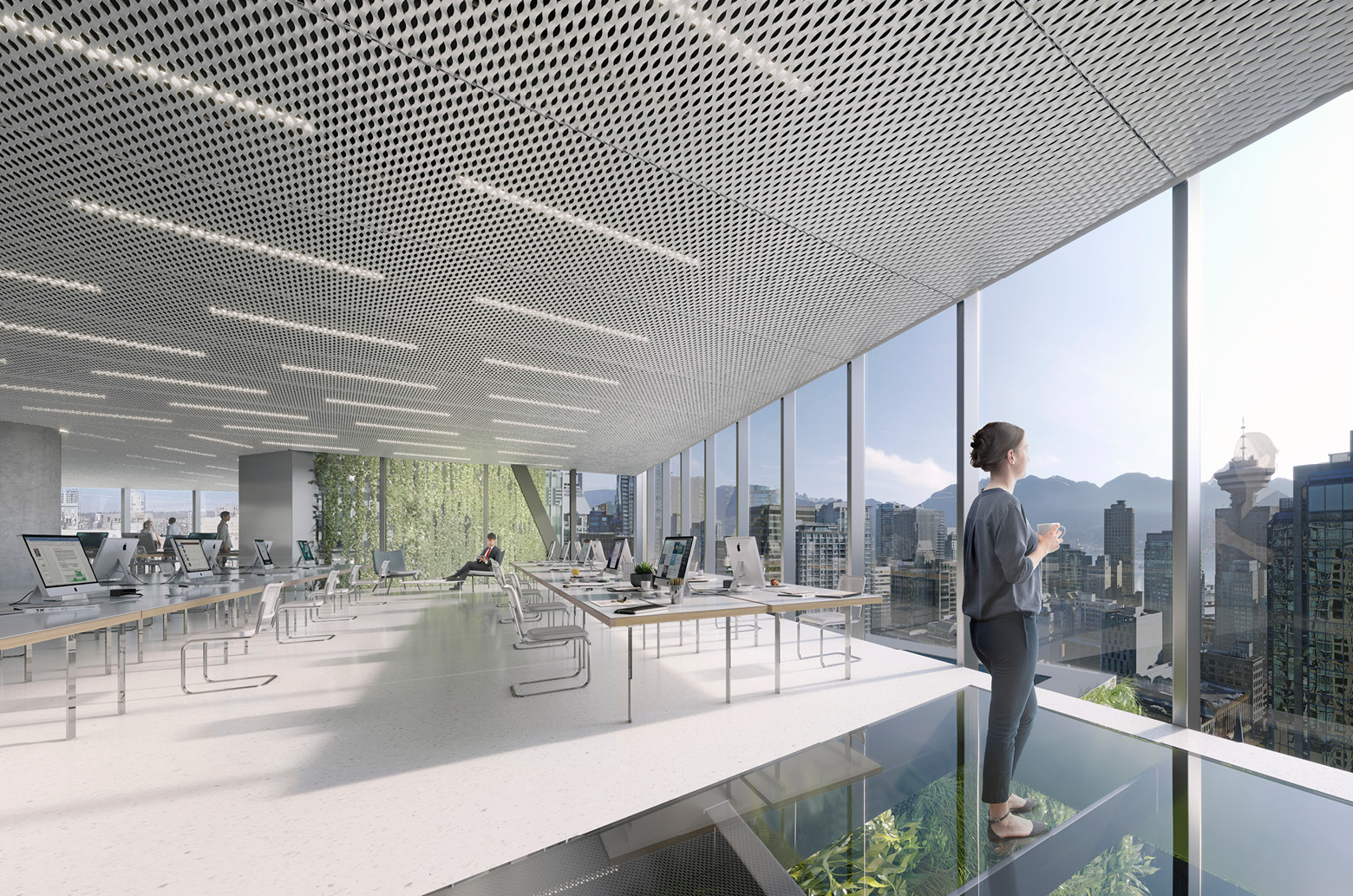 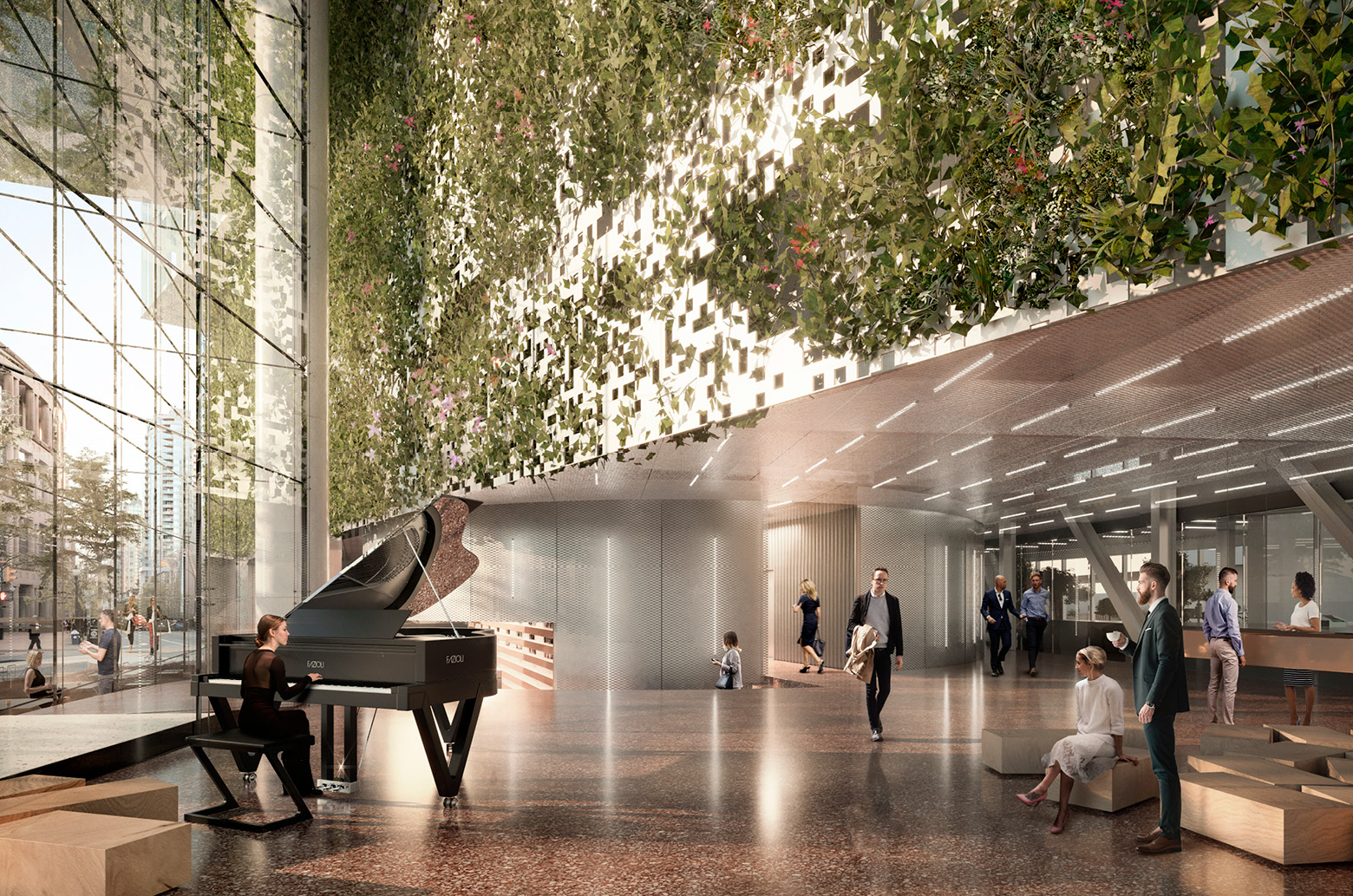 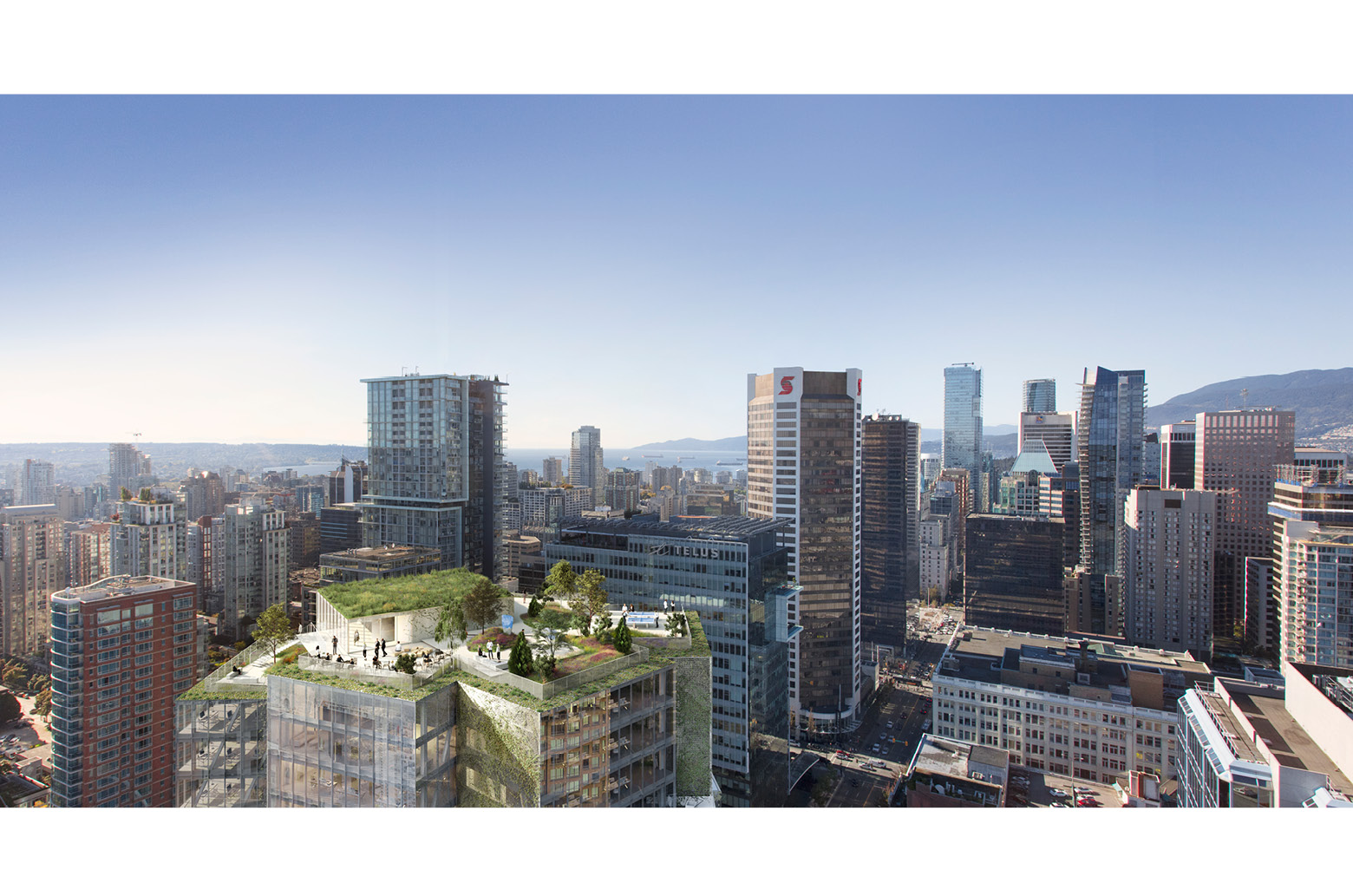