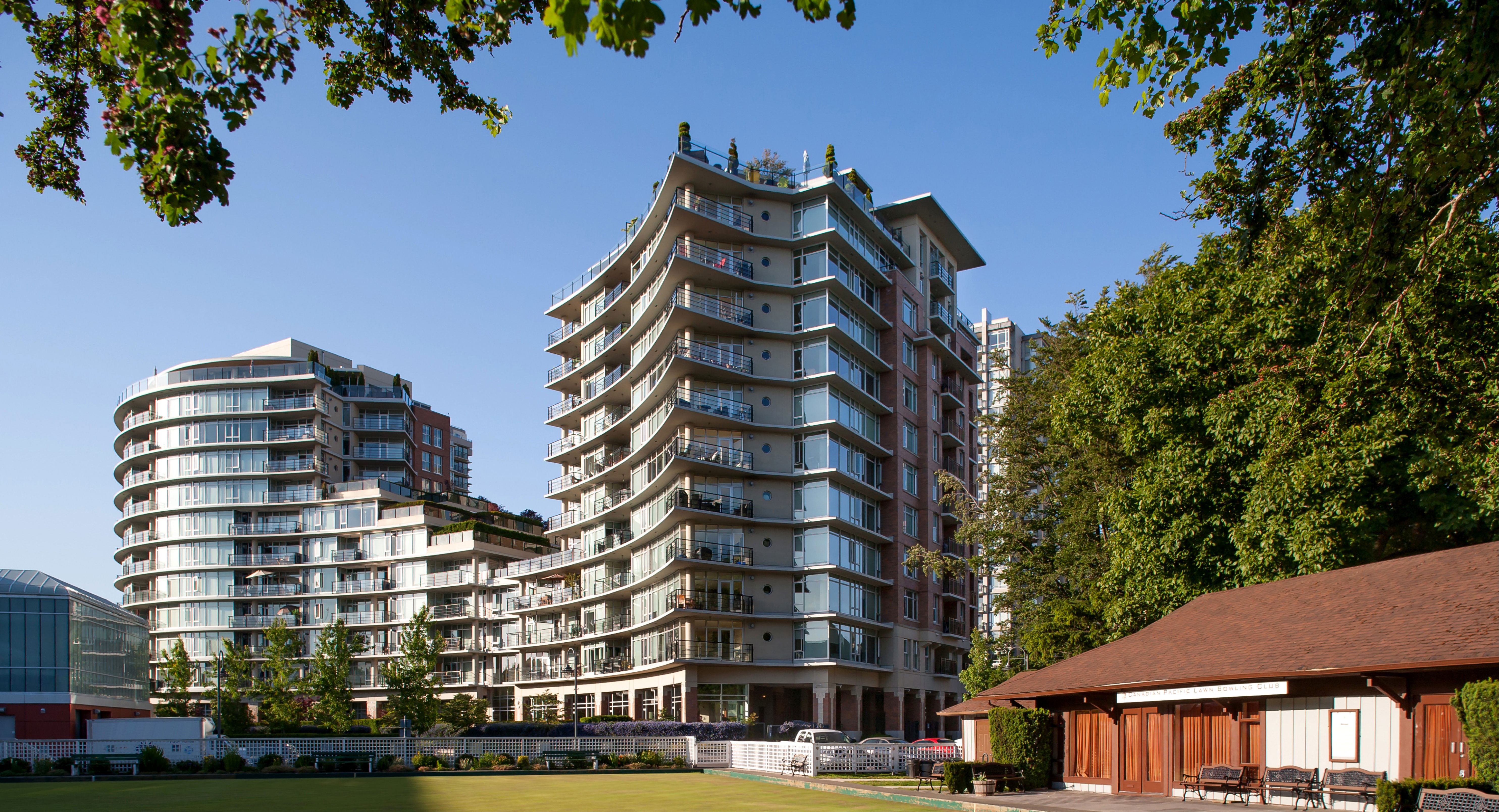 The Aria project is located on the south edge of downtown Victoria on the same city block as the historic Crystal Garden facility and close to the Fairmont Empress Hotel and inner harbour causeway. Constructed in two contiguous phases each 12 storeys in height, the project consists of 172 residential condominium apartments, resident amenities including a lounge and fitness centre, as well as 800m2 of ground floor commercial space facing the Humboldt Street frontage. The project is part of an emerging new high density residential and mixed use precinct which features recent development on several nearby sites which were formerly vacant.

The building form is stepped in elevation allowing for generously landscaped roof gardens on a number of levels while in plan the curved and glazed southwest façade responds to the Church of Our Lord, the Crystal Garden and the adjacent Cridge Park with its historic bowling green. Facing Humboldt Street, the project presents a more urban streetwall expression through the extensive use of clay brick, large punched windows and balconies with wrought iron balustrades. The exposed concrete structure is also expressed on all four elevations, including generous overhangs facing south and west which act as sunshades to reduce overheating within the suites.

In addition to the extensive landscaping at grade, a major public walkway is introduced along the west edge of the site which is intended to connect Cridge Park with a new public square fronting on Douglas Street just to the north. Finally, the project incorporates its namesake, Aria, in the form of sculptural concrete elements incorporated as public art within the ground level building columns on all facades. 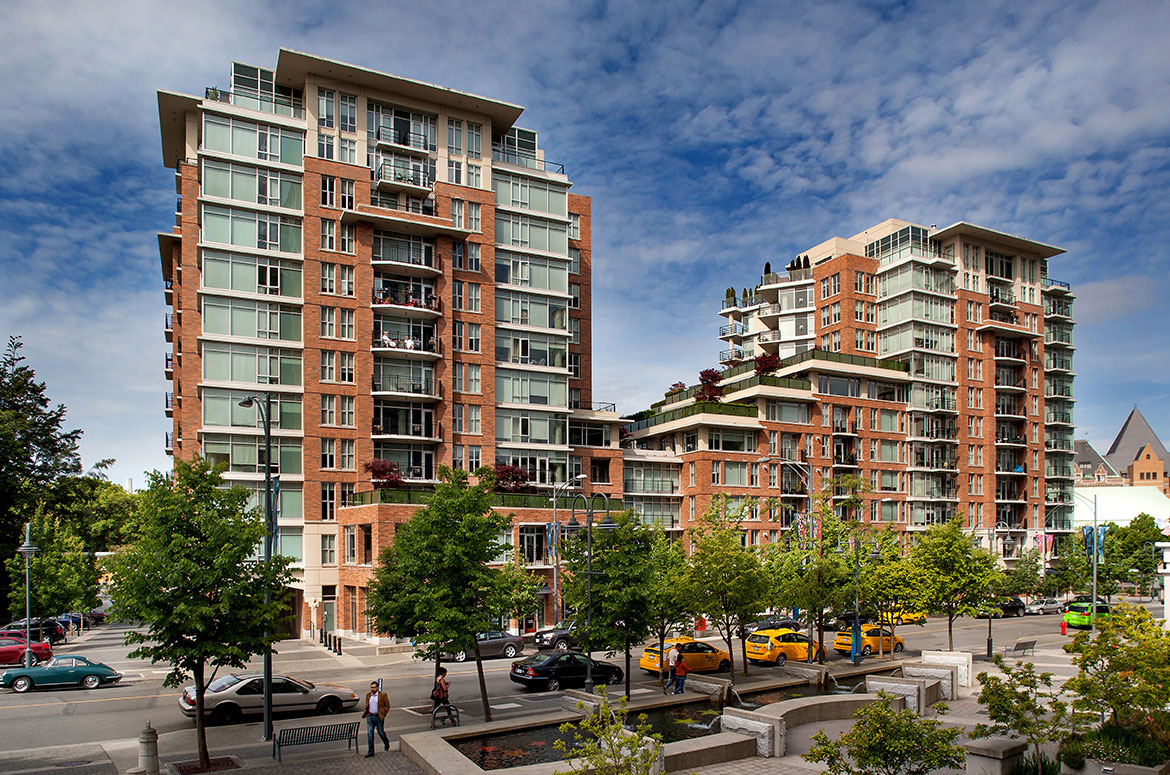 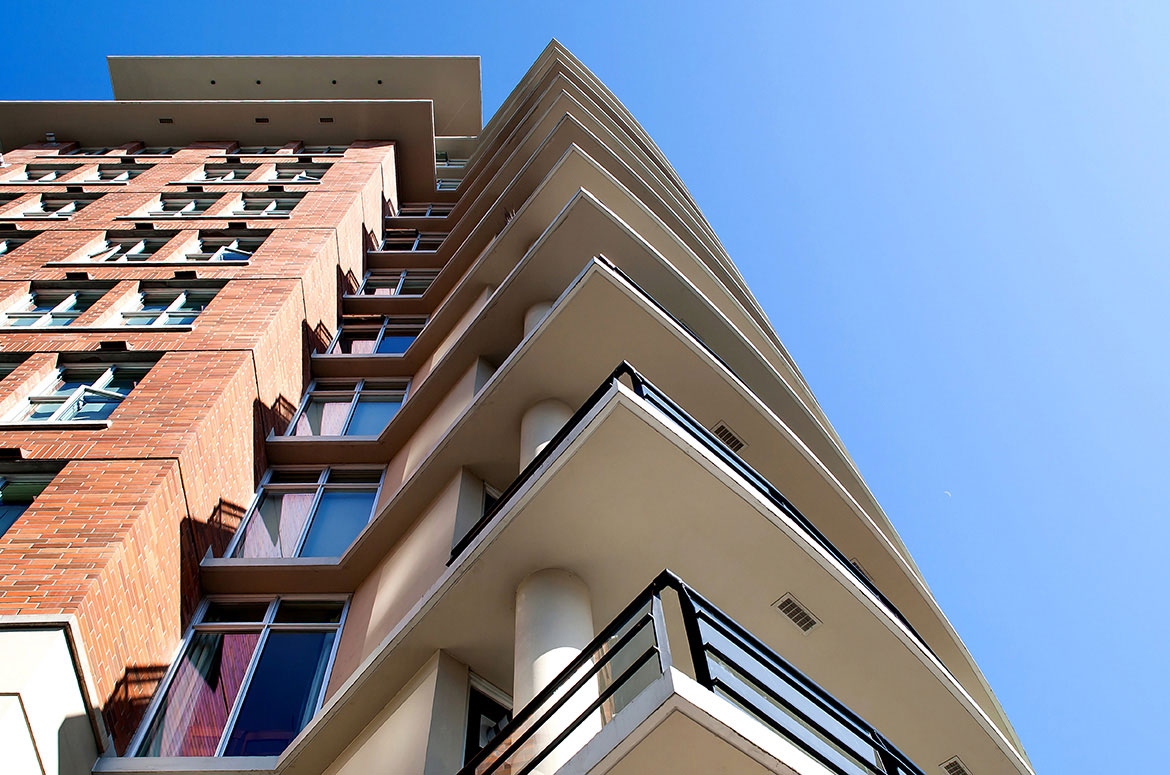