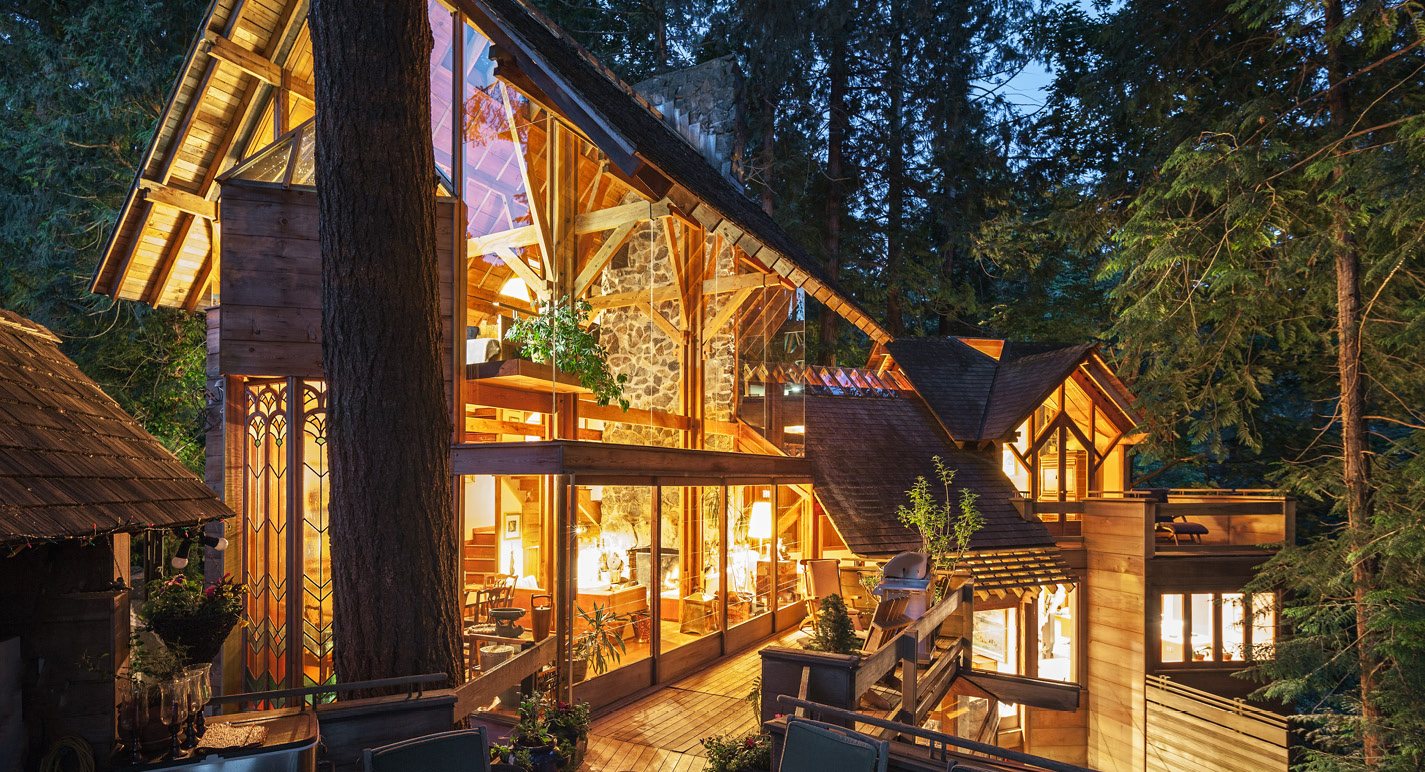 The house marks a significant moment when something unique was evolving on the West Coast. It is truly contextual, nestling there on the wooded hillside, and yet eccentric and outrageous at the same time. It is not a house anyone would contemplate designing, or indeed be allowed to build, in the 21st century. Paul Merrick juxtaposed just three simple materials, and with formidable skill, managed to create a 17-level edifice with spatial gymnastics, a 40-foot high stone fireplace, an extraordinary sense of materiality mixed with powerful structural tectonics, and a striking relationship with nature.

Winding up a steep lane from the white sailboats in Eagle Harbour near to Merrick’s childhood home, one comes across a complicated edifice amidst the trees. Only the front facade is visible. Turrets and tiny window bays jut out arbitrarily next to a thin, horizontal window traversing much of the plain cedar front. The odd juxtapositions heighten expectations as one negotiates the dry riverbed of uneven stones leading to the main entry. …Merrick used his mentor’s (Ron Thom) actual drawing board as his front door. It stands there with aura and as an overt symbolic reference: the portal not only to the house but also to Merrick’s architecture. 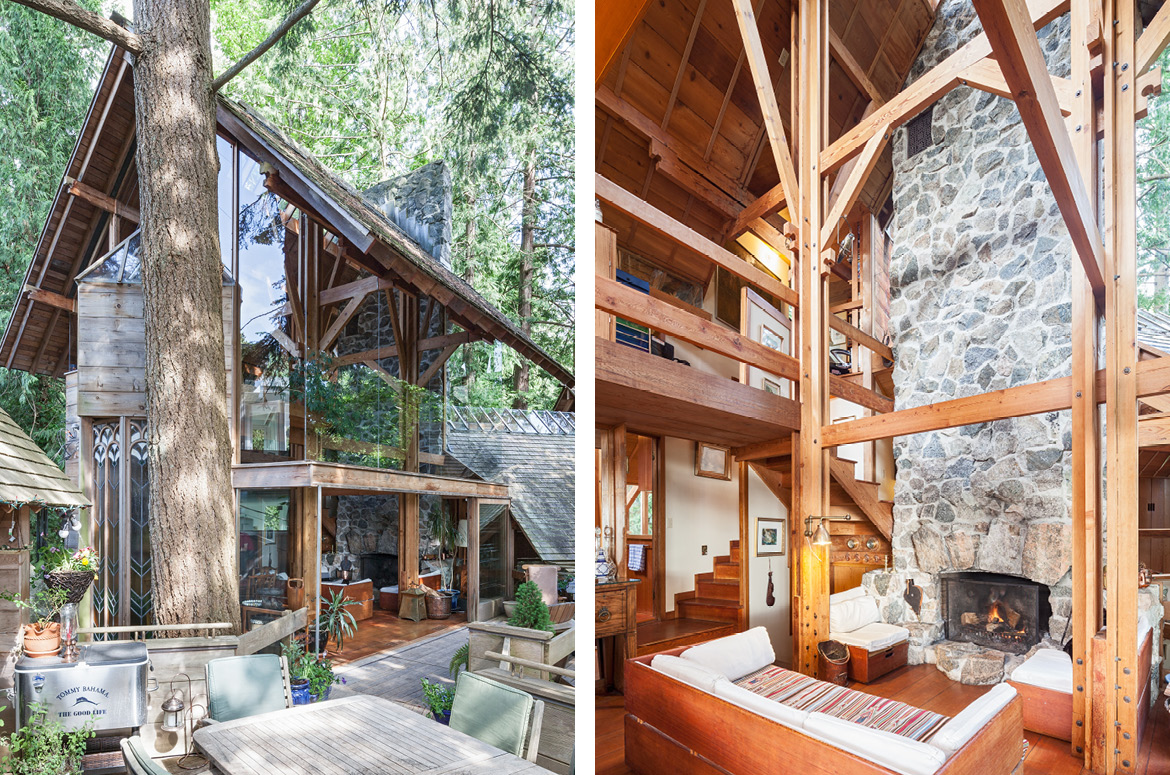 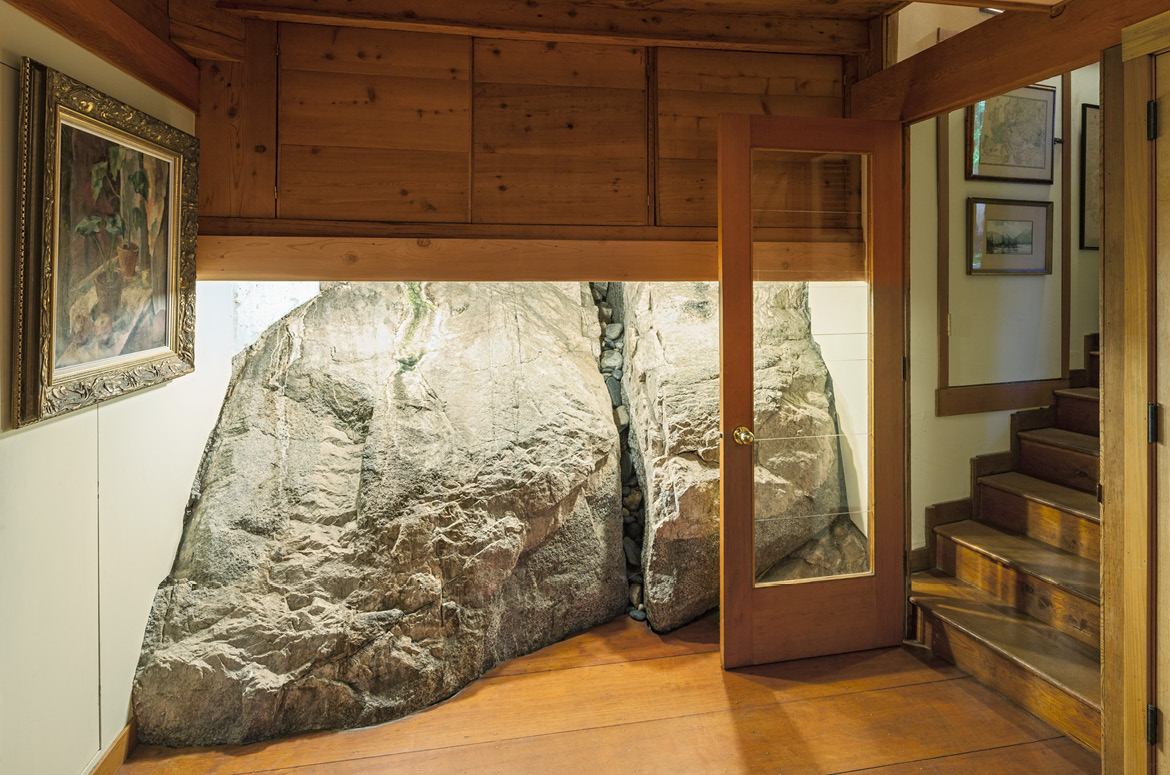 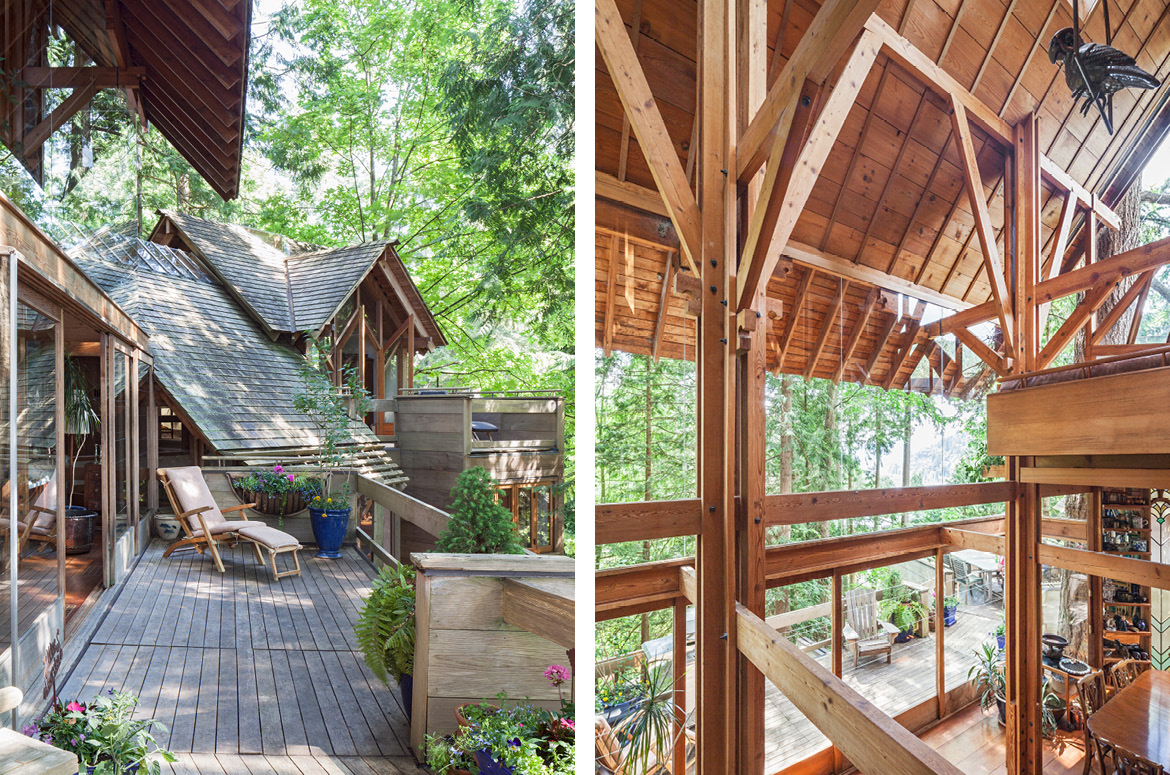 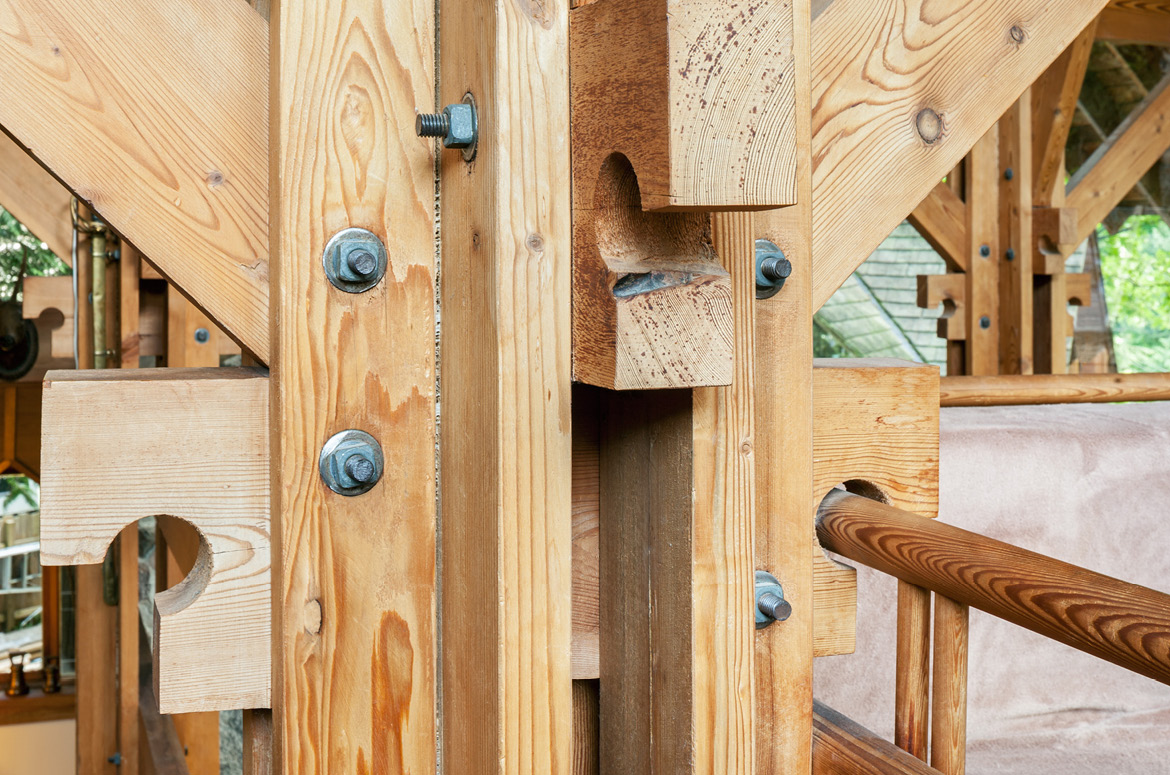