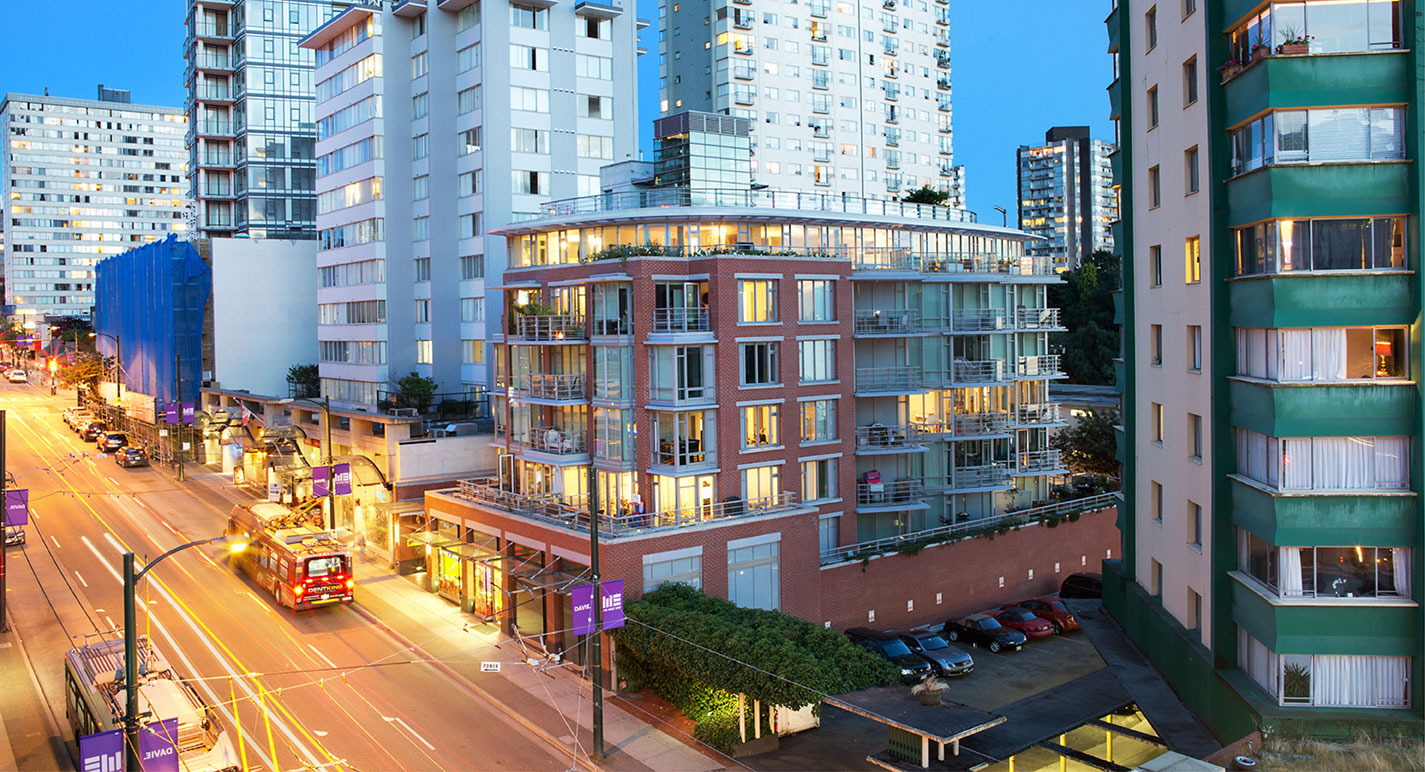 Conceived as the convergence of earth, air and water, O2 encompasses the natural elements situated within a densely populated urban context. The curvilinear and jagged building massing oriented towards the ocean reflects the form of an earthen massing eroded over time by the natural forces of wind and water, while the street façade at the leeward side of the wind retains a formal geometric massing that embraces the urban realm. An infill project, O2 is rooted in the dense urban context of Vancouver’s West End, near the shores of English Bay, and is situated between high-rise structures immediately to the east and to the west of the site. Although the site is only 20m x 40m, the seven storey building includes 330 square metres of retail areas and 2401 square metres of residential areas, all contained within the 18.3m height limit. The project proposes a new standard of community infill development near the lively corner of Davie and Denman Streets, reinforcing a growing pattern of double height street-edge retail uses along the western end of Davie Street. Consideration to engage the community was also made by initiating qualitative landscaping at the lane to the south, retain views through the site, and enhancing the outlook from neighbouring buildings by offering a planted green roof as an elevated park. 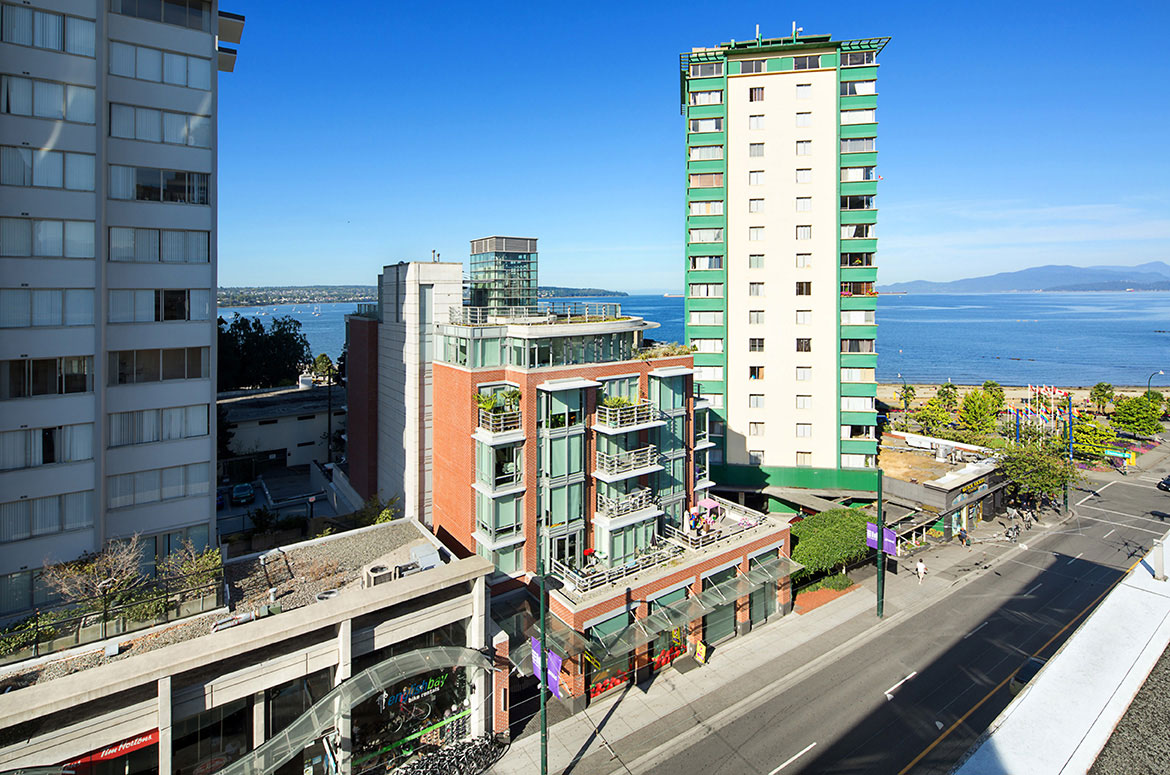 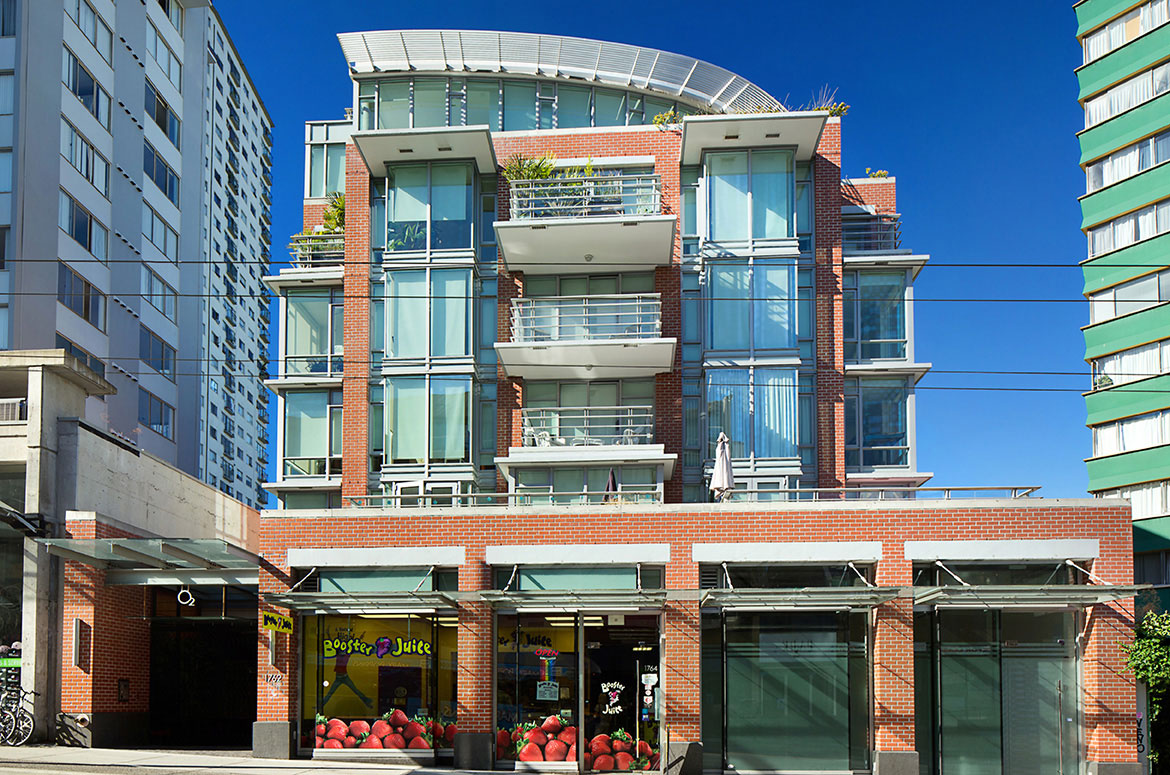 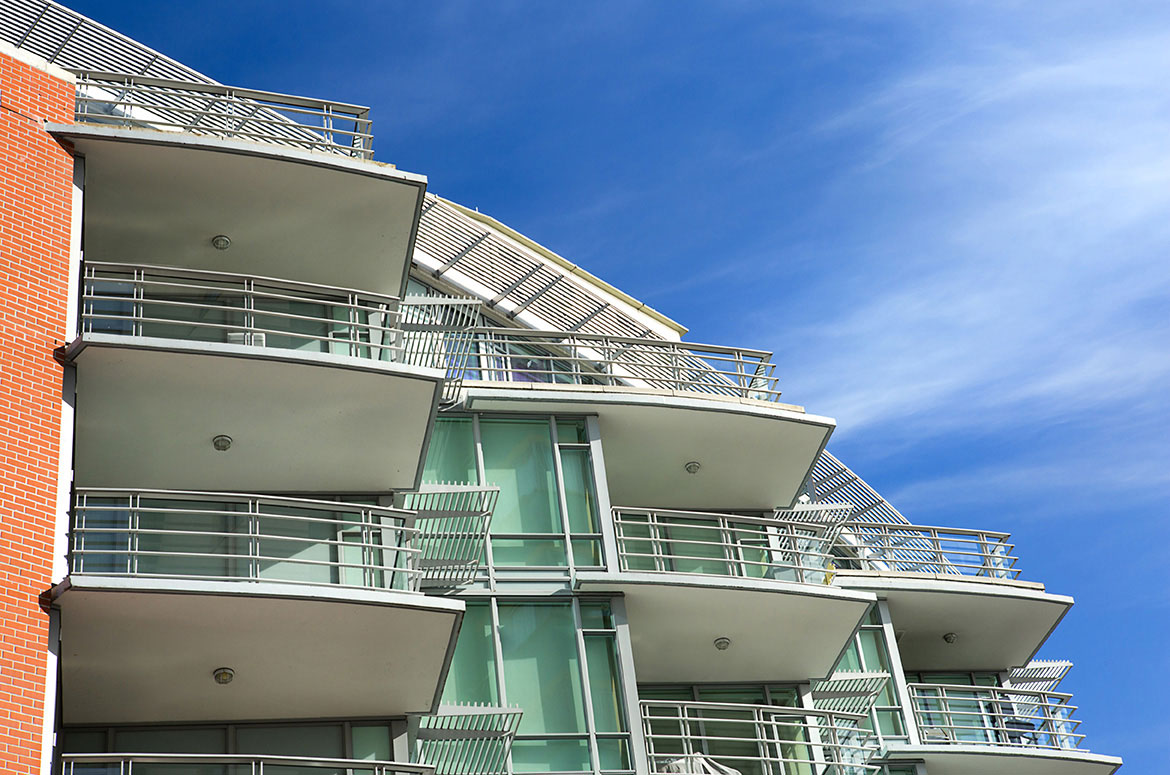 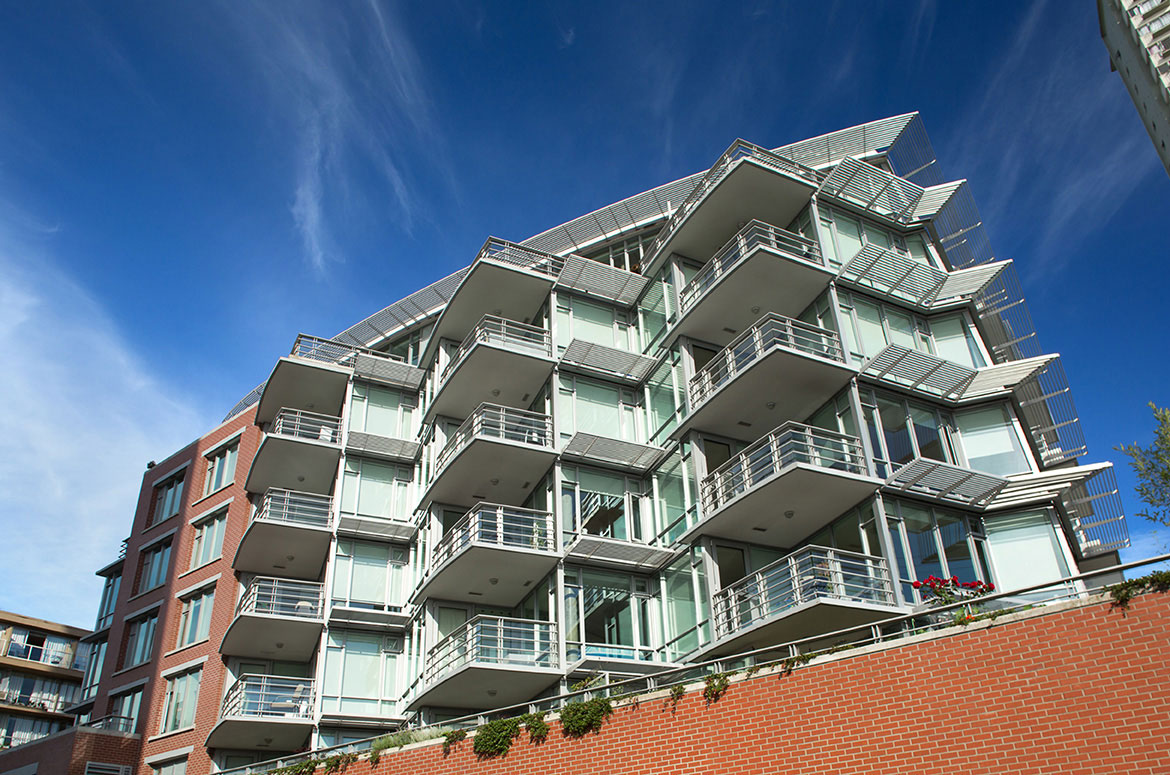 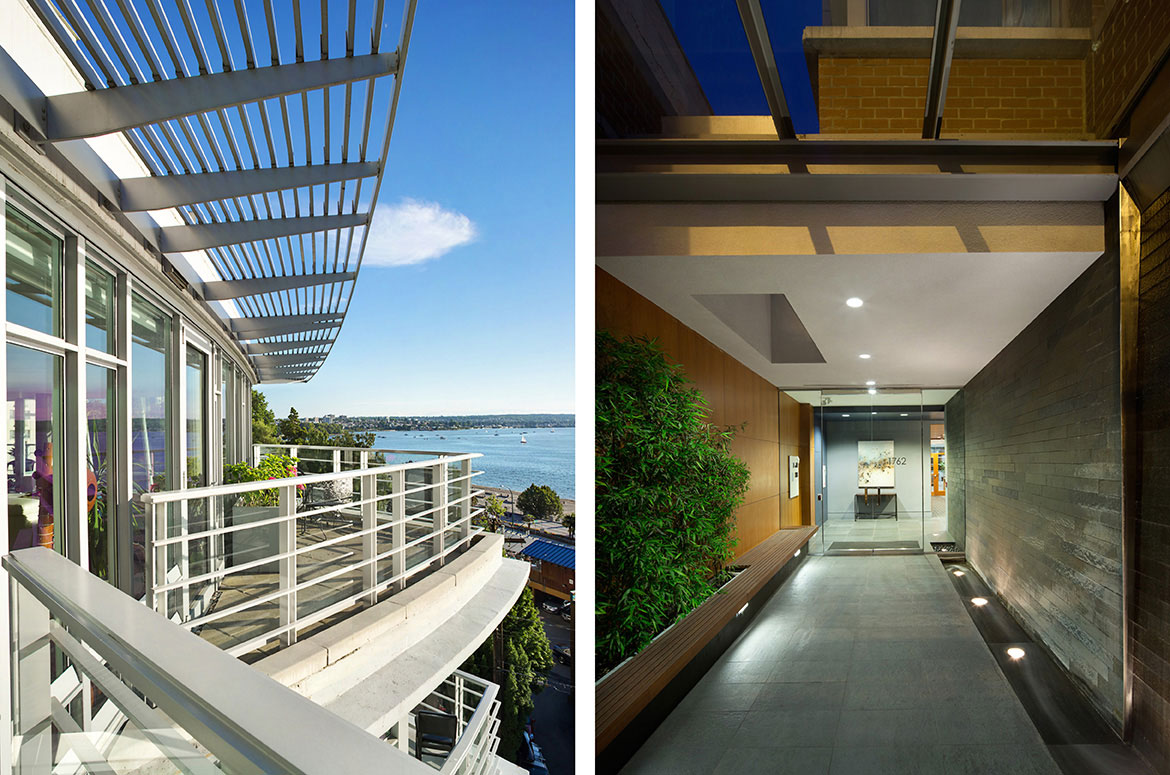 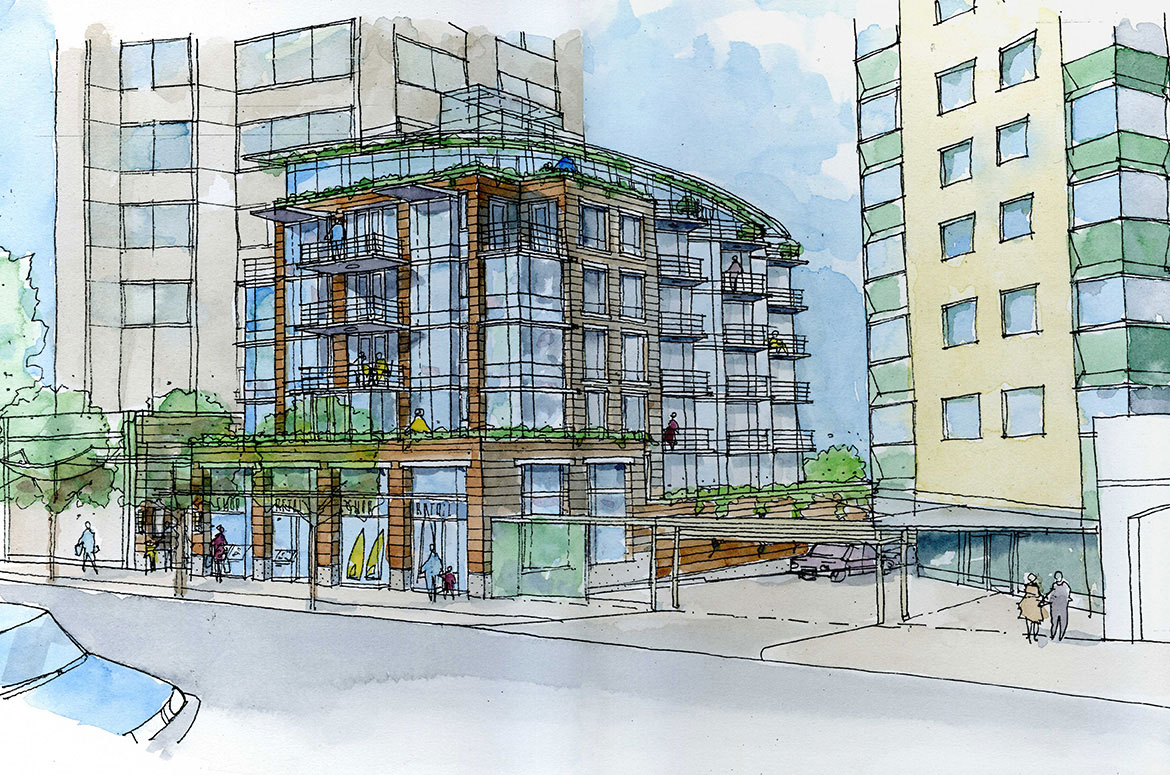